A young girl is sent away by her parents to live at a boarding school. The only problem is that things at the school are not as they seem. Deep within the woods things are happening that are causing young Heather to see and dream very disturbing things. How far will things go before Heather looses her sanity, and what lurks deep within the woods.

Technically this film was done with the unique style that only Lucky McKee can bring to a film. The dream sequences were strange and odd but nevertheless done with poise.

Receiving Three Skipped Beats on the Roger Moore movie scale this movie was nearly a heart stopper. My only complaint about this film is that Bruce Campbell didnâ€™t have nearly a big enough role in it. They could have done so much more with his character. But it was still worth watching and I recommend it to anyone who has ever enjoyed a Lucky McKee film. 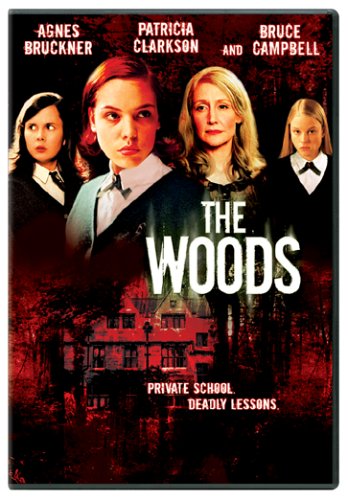