This past December, a film was released which chronicled, in detail, the events that led to the death of Osama Bin Laden at the hands of a U.S. Navy SEAL team. Zero Dark Thirty was criticized for its depiction of torture, but still managed to receive five Oscar nominations, including a bid for Best Picture. Now, documentary filmmaker Greg Barker takes a look at the hunt for Bin Laden from a different perspective, composing a comprehensive nonfiction film featuring CIA analysts and other involved persons to recount a controversial and mightily interesting chapter in recent U.S. history.

The name Osama Bin Laden was well known to every American almost immediately after September 11, 2001. Barker takes a creative approach to introducing Bin Laden, asking his interview subjects to describe their surveillance and intelligence operations relating to him beginning well before then. One extremely compelling segment in Manhunt features Peter Bergen, the first Western journalist to interview Bin Laden, as he recalls their very open conversation about his declaration of war against the United States. Seeing Bin Laden profiled as a businessman and leading his life out in the open creates a much fuller picture than has been the case with other examinations of the notorious terrorist leader.

Barker explained at a Q & A following a public screening at the Sundance Film Festival that the CIA as an organization did not cooperate in any productive way on the film. Barker does interview many individual people, all of whom have plenty to say. The CIA analysts featured in the film emphasize their feelings of anger for being blamed for not providing appropriate warnings about Bin Laden to their superiors, claiming that they did in fact report on him as a danger, only to see their memos ignored. Former Director of the National Clandestine Service of the CIA Jose Rodriguez defends torture methods as necessary, and other controversial opinions are offered without censorship.

Manhunt provides a compelling case for the grandeur and many working parts of this long-running operation. Screening this film after having seen Zero Dark Thirty, however, leads to a less than satisfying experience. Jessica Chastain’s lead character is clearly an amalgam of the “Sisterhood” of female CIA analysts interviewed throughout Manhunt, and there are a few events portrayed in similar detail. Yet this documentary version feels incomplete, providing an extensive background about Bin Laden’s history but filling in the timeline that led directly to Bin Laden’s assassination sparingly. Perhaps those details are classified (though Zero Dark Thirty evidently had some basis for its content), but stopping short of adequately addressing the most involving part of the operation is disappointing.

Audience members at Sundance had the unique opportunity to hear from three of the CIA agents interviewed in the film after a screening. One particularly outspoken and passionate analyst, when asked if she felt vindicated by the film exposing the truth, quoted Winston Churchill, who once responded to a similar question by saying, “No, I’m just really pissed off.” The eccentric Marty Martin, who works in the field to develop spies, warned about Bin Laden’s culture of hate and intolerance, something which he says we should not fall victim to. When asked about his cavalier and energetic personality, Martin turned the question back on Hollywood, responding that, “as an operations officer, there are times you have to turn it down, to be an actor.”

In all, Barker’s film is extensive in its organization and informative in its content. The inevitable comparisons to Zero Dark Thirty may not be fair since the two films really are of different species. Yet when a documentary film intrigues with its premise and then ends with more questions than answers, it’s difficult to appreciate it for what it is. The level of access and openness that Barker was able to secure is respectable, and what he has here is portion of a film, one that doesn’t tell all the specifics of the story but paints the broad picture. 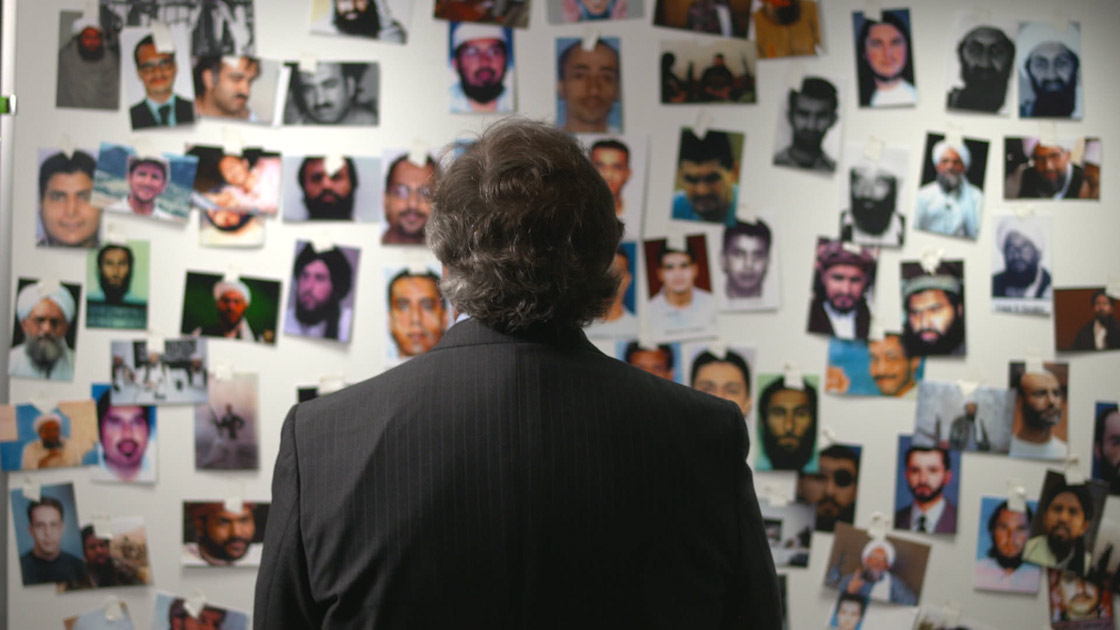