A Good Mural to DIE HARD

On January 31st, I was a part of a lucky group of folks who were invited to see a new mural unveiling for the Die Hard series. The franchise is one that has held strong for twenty-five years now, and many like me where raised on Bruce Willis’ John McClane. In fact, I’ve often dreamed of saving whatever girl it was I liked as she’s kidnapped by terrorists trapped inside a high rise, much like McClane has to do in the first film, along with crawl through an elevator shaft.

That now famous scene is forever captured on Sound Stage 8 of the Fox Lot. Willis, along with co-chairman and Twentieth Century Fox CEO Jim Gianopulos, A Good Day To Die Hard director John Moore, Jai Courtney, Sebastian Koch, and Yuliya Snigir were on hand to unveil the piece, that was masked behind a giant curtain. Once Willis pushed a button, fireworks exploded in the night sky (setting off a few car alarms in the parking lot adjacent to the structure,) and one of the more iconic scenes of the franchise was immortalized. Below is a time lapsed video of the painters hard at work on the mural.

Afterward, we were treated to the world premiere of A Good Day To Die Hard, complete in Dolby Atmos. John Moore informed us that this was one of only thirteen films to be mixed in Atmos. For those who don’t know, Dolby Atmos allows up to 128 discrete audio tracks for the film, and supports up to 64 unique speaker feeds. While I can’t post my thoughts on A Good Day To Die Hard just yet (review will follow closer to release,) I can say that if you are lucky enough to experience this in Atmos, do it.

But that wasn’t the big draw of the night for the lot of us. In addition to the mural unveiling, and seeing the latest film, we were invited to a reception on the 21st Floor of the Fox Plaza, which as many know was the famous Nakatomi Plaza in the first Die Hard. I can’t even begin to describe how momentous this is for me on a personal level. As someone who was practically raised on this franchise, being able to not only step inside this building, but also party inside of it is a lifelong dream I never thought would be accomplished.

Yet it was. As I told many journalist friends and my good friend (and fellow movie lover) David many times throughout the night, I thought I was going to be the first person to die of “pure awesomeness.” David, fellow journalist Ben Kenbler, and myself all thought we’d entered Heaven. As the night wore on, the unholy trinity (as we were dubbed) along with two other journalists (Fred and Courtney) went to downstairs and asked security if we could go up to the famous 30th floor. Head of security Justin was more than willing to allow us to take a quick peek at the famed floor, and while it’s just an vacant office building, that didn’t matter for us.

We all went down to the lobby one final time to take it all in, but one thing was for sure; we’d shared a moment that only us film lovers could cherish. On a personal level, this is the greatest night I’ve ever had in my twenty-seven years on this planet. I’ve visited many locations of my favorite films (including shooting a project in the same bookstore used in Michael Mann’s Heat,) but there was just something magical about this night. I can’t thank Fox enough for this, or the wonderful journalists and friends that were on hand to share it with me. 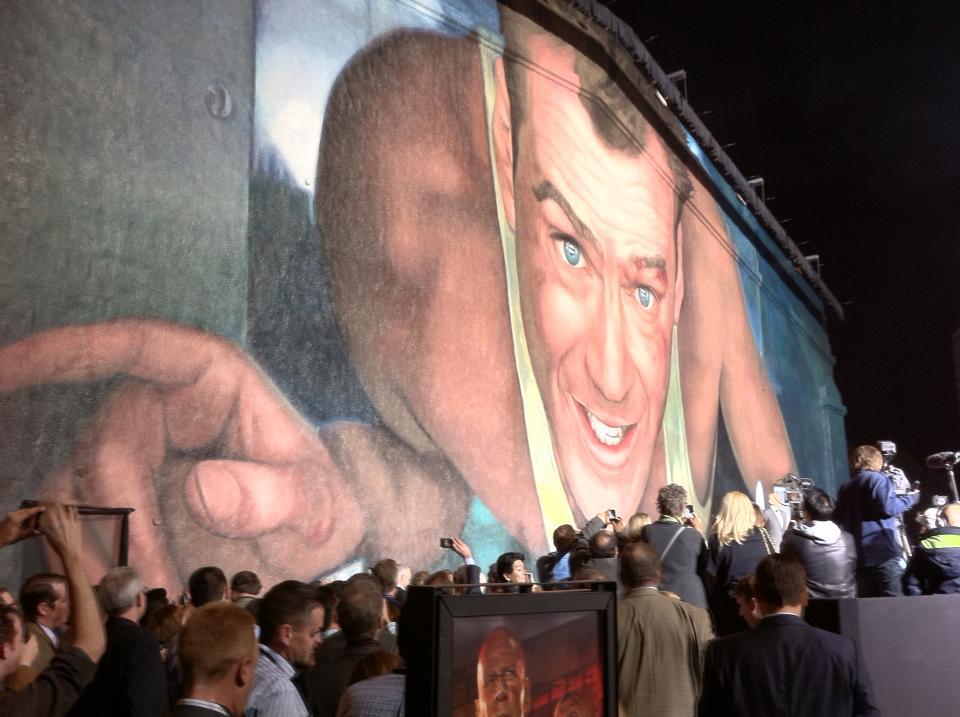