“The House of Good and Evil” is coming to DVD this April and this is a film that is one that will give thriller fans a fantastic time, especially with the great twist ending. We were happy to catch up with Bo Keister, who plays Sheriff Hanituski and became a part of the films’ production team. Keister talked more about the twist ending, the great performances and what people will love about the film. After reading the interview, take a look at the latest project from Keister and the “Good and Evil” crew and director, “Hillbilly Horror Show,” which is on Vimeo On Demand now. You can follow “Hillbilly Horror Show” at its site, on Facebook and Twitter.

So I guess that’s the mark of good storytelling.

Bo Keister: It’s got a nice little twist to it, doesn’t it?

Yeah. So what brought you to this film?

Bo Keister: Well, luck, actually. They were filming in Floyd, Virginia, which is the county adjacent to the one I’m living in. I had an acting studio there at a time. Blu de Golyer, who was the writer/producer of “The House of Good and Evil,” was in town doing some location scouting in Floyd and he was looking for a few different things…potential talent, extras, that kind of stuff…Somebody mentioned my acting studio to him and he called me up one day, out of the clear blue. We got to talking, he sent me this script, and I absolutely loved the script. He told me there were two roles in there that were still open. I think there are only seven speaking roles in the whole film, but the role of the sheriff and the deputy were still open, and I read them and said I’d love to play the sheriff[.]

I ended up becoming a co-producer on it simply because they needed some things and they weren’t sure who to approach. For instance, they needed some prop firearms for the police officer roles, they needed some prop food items and things like that. I was able to set them up pretty quickly with some of the folks that I knew. From that point, I formed a really solid relationship with the team and with Blu and it just kind of carried over into post-production and I helped them promote the film quite a bit…I think I grew on them [laughs]. Then this past fall, Blu and I started our own production company together.

What was it like to have a dual role in this film?

Bo Keister: Well, most of the stuff that I did as far as producing, that came in the post-production phase, more in promoting it, getting it out there, helping with…a big outdoor screening as a thank you to the filming community of Floyd, Virginia…I helped with promoting it. Most of my stuff was very behind-the-scenes. As a matter of fact, a day after I filmed, I flew to Michigan to film another movie…and was gone for three weeks, but that gave them a chance to wrap up production in Floyd. Blu and I got to talking and said, “Would you like to come on as a co-producer and help get this thing out there?” Sure enough, that’s what I did.

What was it like being a part of this cast?

Bo Keister: It was amazing. The entire cast–they just played their roles so perfectly. None more so than Rachel Marie Lewis. She really had all of the responsibility on her shoulders. Her character Maggie has to carry the film and Rachel Marie just lit up the film. She was flawless. Her performance was absolutely flawless.

The real panic moment was three days before filming was set to start, Tippi Hedren from Alfred Hitchcock’s “The Birds” was slated to play Mrs. Anderson. And she came down with an illness and was hospitalized. Her agent called Blu and said that she couldn’t do it. So they had to scramble and he was able to reach out to Marietta Marich who played Luda Mae in “Texas Chainsaw Massacre” and has been in several other things…very old school actress. She was on a plane the next day. When she landed, she knew all her lines and was ready to go. I really think that, obviously the two strongest characters are Rachel and Marietta’s and they carry the film, but [Christian Oliver] does a wonderful job, Rob Neukirch and of course, [Jordan Rhodes] playing Mr. Anderson. He was brilliant. It was just a really well put-together cast and everyone seemed to know their roles and just knocked it right out of the park.

I read that this film has won some festival awards. What do you think about the film made it attract so much attention and so many accolades?

Bo Keister: I think part of it is just what I just spoke to, really strong performances. Your performances can’t be but so strong if your story isn’t strong. Blu had a very strong script right from the outset. The film was starting with a really firm foundation in the storyline. Then, when you couple in the strong performances with David Mun directing and the stylization he used, pulling some of the color out as the film went on and giving it the feel that it had–when you put all those factors together and then you through a real twist ending at people, it just hits people. I think it hits home with people. As much as it is a thriller, there’s so much subtext in the film that people can relate to as far as relationships and there’s a heavy undertone of a tragic love story. I think whether it’s consciously or unconsciously, it resonates with people. I think that’s why people connect with it and love it so much.

Yeah, because when I watched it, I was shocked at the ending.

Bo Keister:[Laughs]…It’s kind of like bowling pins–it sets you up and knocks you down…When we had the screening in Floyd, we [as the actors] all knew what was going to happen, and we’d kind of look around the crowd and watch people’s mouths drop open. It’s stuff like that that’s priceless. You can’t plan it any better. It’s so much fun to see the reaction hit and you know you’ve got ’em. I think that might be more fun than making the film itself.

For those who haven’t seen the film what do you think they will like most about it?

Bo Keister:It covers such a broad spectrum in its appeal because there’s so much going on with it as far as the storyline, but I just can’t imagine anybody not enjoying Rachel Marie Lewis’ performance in it. I think I read one review a while back and they referred to her performance as spellbinding and it truly is. Her performance just draws you in and you’re trapped in her world at that point. I think that’s what people are going to connect to more than anything. 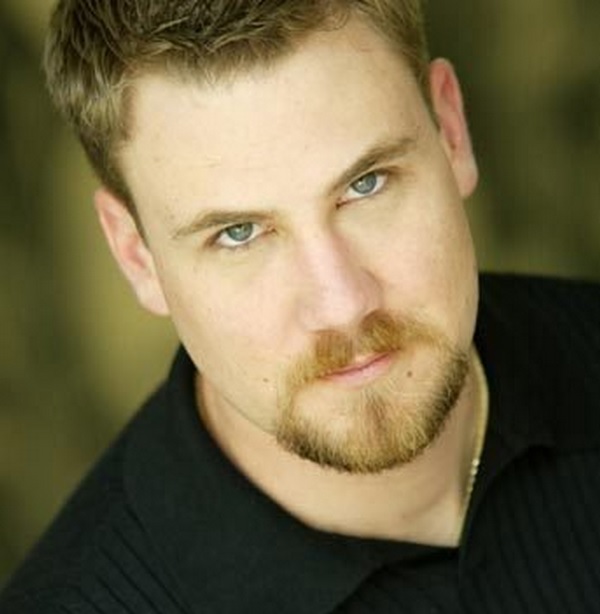