Married couples at times can take advantage of their relationships, and not truly value what they have until it’s gone, which is the driving point in the new teaser trailer and poster for the upcoming thriller, ‘Gone Girl.’ The clip and poster were released in support of the anticipated drama, which 20th Century Fox will release on October 3.

20th Century Fox has released the following synopsis for the drama:

‘Gone Girl’ unearths the secrets at the heart of a modern marriage. On the occasion of his fifth wedding anniversary, Nick Dunne (Affleck) reports that his beautiful wife, Amy (Pike), has gone missing. Under pressure from the police and a growing media frenzy, Nick’s portrait of a blissful union begins to crumble. Soon his lies, deceits and strange behavior have everyone asking the same dark question: Did Nick Dunne kill his wife?

For more information on ‘Gone Girl,’ visit the film’s official website, as well as its Facebook, Twitter and Google Plus pages. Watch the new teaser trailer, and check out the new poster, below. 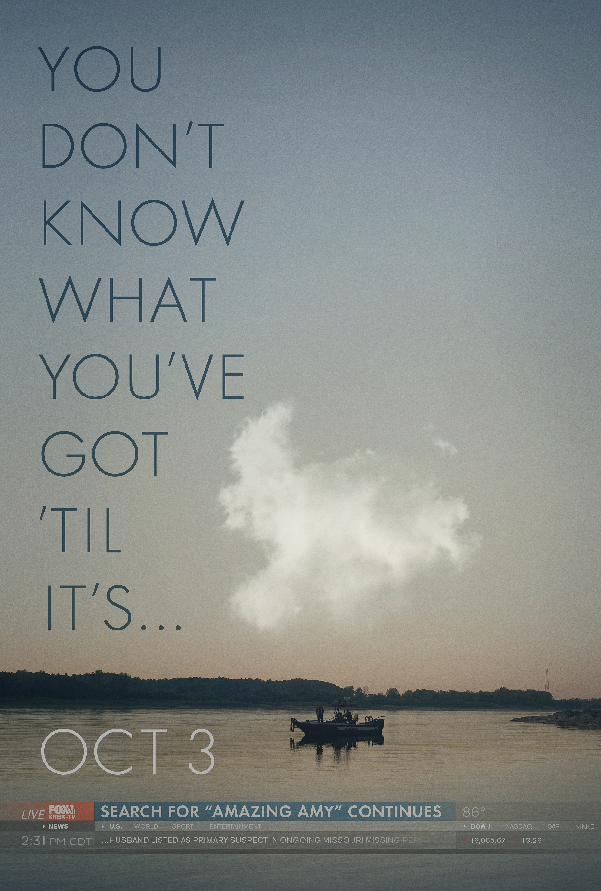 Cancel reply
Enter the Intense Lives of the Characters of the Tribeca Film Festival
Afternoon of a Faun: Tanaquil le Clercq Movie Review
To Top