Get to know who your real friends are in the trailer for the upcomeding comedy, ‘Friended to Death.’ The trailer was released by Green Step Productions and Gravitas Ventures, which will distribute the movie in theaters nationally on May 2 and VOD on May 9.

Green Step Productions and Gravitas Ventures have released the following official synopsis for ‘Friended to Death’:

‘Friended to Death’ charts the extremes to which a desperate Facebook junkie will go in order to figure out who his true friends are. Laced with satire, this tongue-in-cheek bro-mantic comedy tells the story of obnoxious Los Angeles parking enforcement officer Michael Harris (Hansen). After being fired from his dream job and ditched by his best friend (McGowan), Michael begins to question whether anyone would care if he died.

So with the help of his pushover ex-coworker Emile (Immekus), Michael does what any social media-obsessed loner would do: He fakes his death online to see who will show up at his funeral. In just hours, Michael’s fake death post attracts a promising 22 ‘Likes.’ Giddy and eager to milk the prank, Michael convinces Emile to help him stage a faux memorial service. But as plans start taking shape, Michael’s reality gradually implodes, forcing him to reconsider what it means to be a “friend” in today’s hyper-connected world of social media. 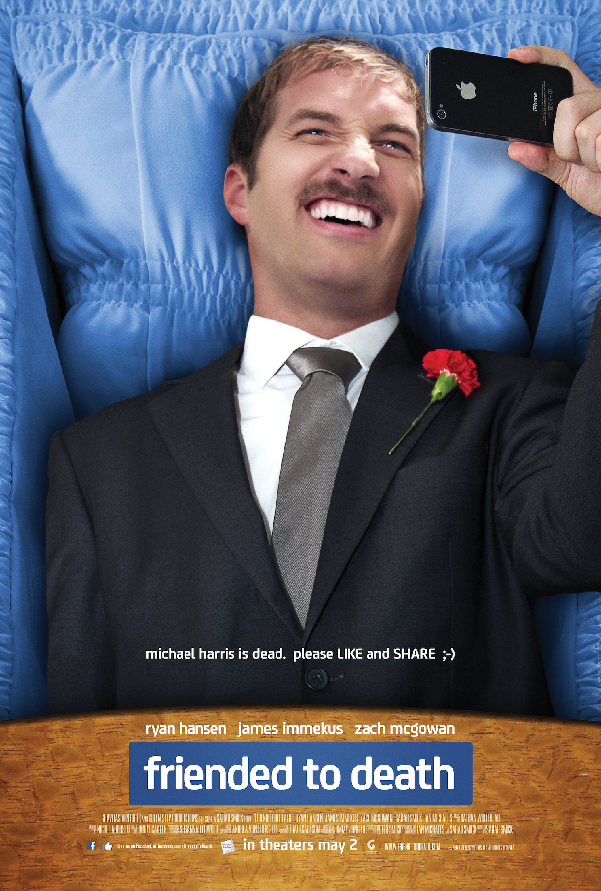