Maps to the Stars Movie Review

MAPS TO THE STARS

Though the audience for annual film awards is diminishing, there is still a great deal of excitement to the shows put on by the Golden Globes, the Academy, Critics’ Choice, and others.  In fact far more people watch the celebrities than attend the movies, which means that we are more interested stars, noting what they wear, perhaps gossiping about the scandals.  As for scandals, you don’t have to look farther than Hollywood to see how many people making millions from shows on the big screen are drug addicts, alcoholics, and out-and-out crazies.  These aberrations—or rather, graphic illustrations on what appears normal in Hollywood—are the subject of “Maps to the Stars,” and since the director is David Cronenberg, we can expect a few ghost stories to unfold within the plot.

Written by Bruce Wagner, who had penned a novel entitled Dead Stars based on his script (he is also known among cinephiles for “Women in Film,” which tells of dysfunctional families and individuals), “Maps to the Stars” focuses on an incestuous family, especially on an actress who, like Al Pacino’s character in “The Humbling” fears that age will be career-ending. In fact the only person who retains his marbles in the entire story is Jerome Fontana (Robert Pattinson), a limo driver who writes scripts in his spare time, probably based largely on what his fares tell him about themselves.  “Maps to the Stars” could be one such script, one which plays to the third balcony in its extreme satire, so over the top that its persons could not really exist even in L.A.  Or could they?

The paterfamilias of the Weiss family is Dr. Stafford Weiss (John Cusack), a psychotherapist who uses massage Reiki-style along with his patter of conversation.  He is married to his sister, Cristina (Olivia Williams).  Their son Benjie Weiss (Evan Bird) is a 13-year-old (Evan Bird was actually 12 when this was filmed) with the ego and foul language of one who is already mid-career in the movie biz, and daughter Agatha Weiss (Mia Wasikowska), who had set fire to their home resulting in burn scars on her face and in her hands, which she keeps wrapped in black gloves at all time.  Through the limo driver, Agatha lands a job as personal assistant to Havana Segrand (Julianne Moore), an aging performer who despairs that the passage of time means that her career is soon to end.

Filmed in Toronto, and in Los Angeles’ Union Station, Rodeo Drive and the Beverly Hilton among other signature locations, “Maps” highlights Agatha’s ups and downs, her attempts to find redemption for her act of arson but which result in her being beaten severely by her celebrity author father and by threats from her brother that she’d better vamoose or else.  As for the 13-year-old mega-star, Benjie, whose last movie made over $700 million (an exaggeration even for Hollywood), he is fresh out of rehab with so much money that he can get away with calling his agent a “Jew faggot.”  When he visits a young girl in the hospital (for publicity purposes, of course), he says “how’s your AIDS?”  She has non-Hodgkins lymphoma, her ghost scheduled to make a few appearances to people who are zonked out of their minds with Zanax and an army of similar goodies.

Despite moments of high drama, the dialogue often comes across as too naturalistic, too laissez-faire, some of it almost incomprehensible.  Crackerjack performances, however, elevate the script, that has elements of “Mulholland Drive,” “Myra Breckenridge,” and Robert Altman’s “The Player,” among a host of others. 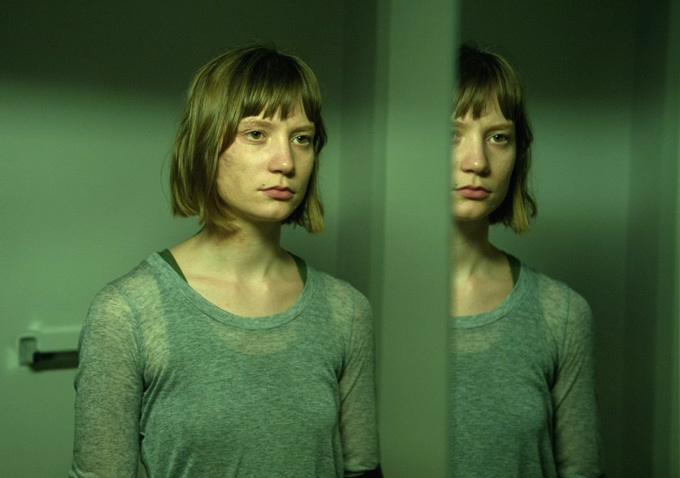