While Tris and Four garnered a legion of dedicated follows who believe in their fight against the repressive leaders of their dystopian city in last spring’s ‘The Divergent Series: Insurgent,’ the female protagonist’s brother, Caleb, was battling his own internal troubles. Ansel Elgort, who reprised his role as the conflicted Caleb in the hit sci-fi sequel to last year’s ‘Divergent,’ discusses his character’s troubles in Shockya’s new exclusive clip from the follow-up thriller. The behind-the-scenes video will be included in the special features section of the series’ first sequel’s Blu-ray.

The behind-the-scenes ‘The Divergent Series: Insurgent’ Blu-ray special features clip features Elgort on the sequel’s Atlanta set, as he states the story provides an interesting arc for his character. As glimpses of Caleb, Tris (Shailene Woodley) and Four (Theo James) from the film are then shown leaving Factionless to travel to Candor to meet up with the remaining Dauntless, the actor states that it’s known his character left Abnegation to join Erudite.

Elgort also points out that Caleb’s feelings weren’t truly revealed in ‘Divergent,’ but more information on his emotions is included in its direct sequel. The actor also emphasizes how Caleb’s relationship with his sister has changed a lot between the two films. The performer also mentions that the moment where his character tells Tris he’s not going to continue on the trip with her and Four was emotional. While it was difficult for them to separate, Elgort added that he feels it’s important Caleb isn’t completely open with Tris until the next film, ‘The Divergent Series: Allegiant – Part 1.’

‘The Divergent Series: Insurgent,’ which is based on Veronica Roth’s #1 New York Times best-selling novel ‘Insurgent,’ will be released on Digital HD on Tuesday. The action-adventure film will then be released by Lionsgate Home Entertainment on 3-D Blu-ray Combo Pack (which includes the Blu-ray, DVD and Digital HD), Blu-ray (plus Digital HD), DVD (plus Digital) and On Demand on August 4.

The 3-D Blu-ray Combo Pack, Blu-ray and Digital HD releases feature over four hours of bonus material, including the ‘Insurgent Unlocked: The Ultimate Behind-the-Scenes Access’ documentary, which is a feature-length, in-depth look at all aspects of the movie. The home releases also feature audio commentary with the action sci-fi film’s producers, as well as five exclusive featurettes, including ‘Diverging: Adapting Insurgent to the Screen,’ ‘From Divergent to Insurgent,’ ‘The Others: Cast and Characters,’ ‘The Train Fight Unlocked’ and ‘The Peter Hayes Story.’ ‘The Divergent Series: Insurgent’ 3-D Blu-ray Combo Pack, Blu-ray Combo Pack and DVD will be available for the suggested retail price of $39.99, $35.99 and $29.95, respectively.

Summit Entertainment, which distributed the sci-fi sequel in theaters in March, released the following synopsis for ‘The Divergent Series: Insurgent’:

‘The Divergent Series: Insurgent’ raises the stakes for Tris as she searches for allies and answers in the ruins of a futuristic Chicago. Tris (Woodley) and Four (James) are now fugitives on the run, hunted by Jeanine (Winslet), the leader of the power-hungry Erudite elite. Racing against time, they must find out what Tris’s family sacrificed their lives to protect, and why the Erudite leaders will do anything to stop them. Haunted by her past choices but desperate to protect the ones she loves, Tris, with Four at her side, faces one impossible challenge after another as they unlock the truth about the past and ultimately the future of their world. 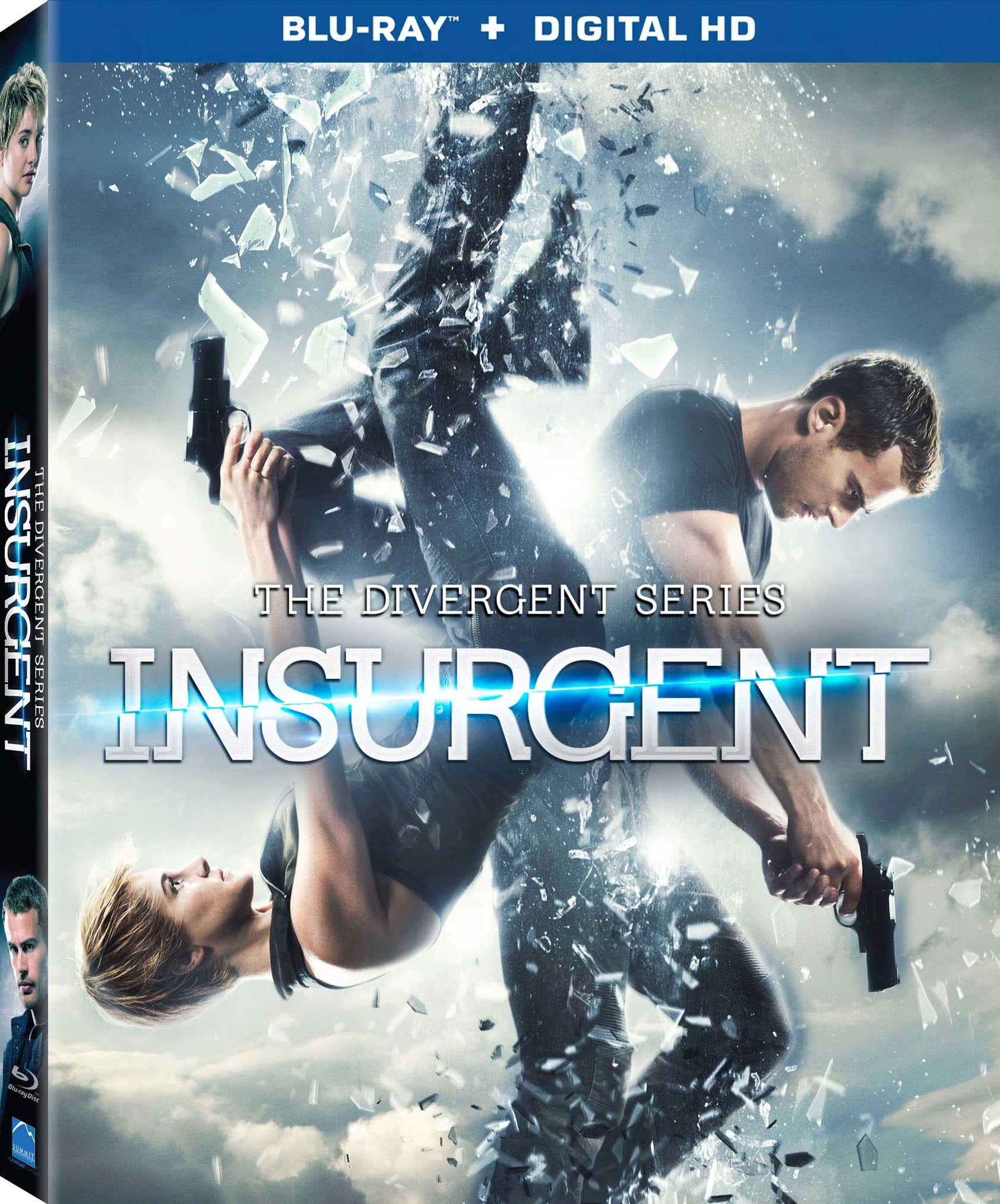