While many parents regularly strive to provide the best possible life for their children, so that they can achieve their goals, some parents instead coerce their kids into fulfilling their personal aspirations. Hopper Sr., the at-times daunting father who’s portrayed by Ethan Hawke in the sports drama, ‘The Phenom,’ is one such parent who isn’t afraid to emotionally and psychologically push his son into capturing his dream. That determined ambition is showcased in Shockya’s exclusive clip premiere for the film’s Blu-ray and DVD release this Tuesday, August 30.

RLJ Entertainment will unveil ‘The Phenom’ on Blu-ray and DVD after the distributor released the drama in theaters and on VOD and Digital on June 24. The movie had it World Premiere in April during the Tribeca Film Festival in New York.

The baseball drama, which was written and directed by Noah Buschel, also stars Johnny Simmons and Paul Giamatti. ‘The Phenom’ was produced by Antonia Bogdanovich, Jeff Elliott, Kim Jose and Jeff Rice.

RLJ Entertainment has released the following synopsis for ‘The Phenom’:

Ever since Hopper (Simmons) was a child, he has dreamed of becoming a major-league pitcher. Relentlessly pushed by his abusive father (Hawke), he’s on the verge of becoming one of the game’s most promising players when he unexpectedly breaks down on the mound. Now Hopper’s only hope lies with an unorthodox sports therapist (Giamatti) who urges him to let go of the past so he can find success on the field. 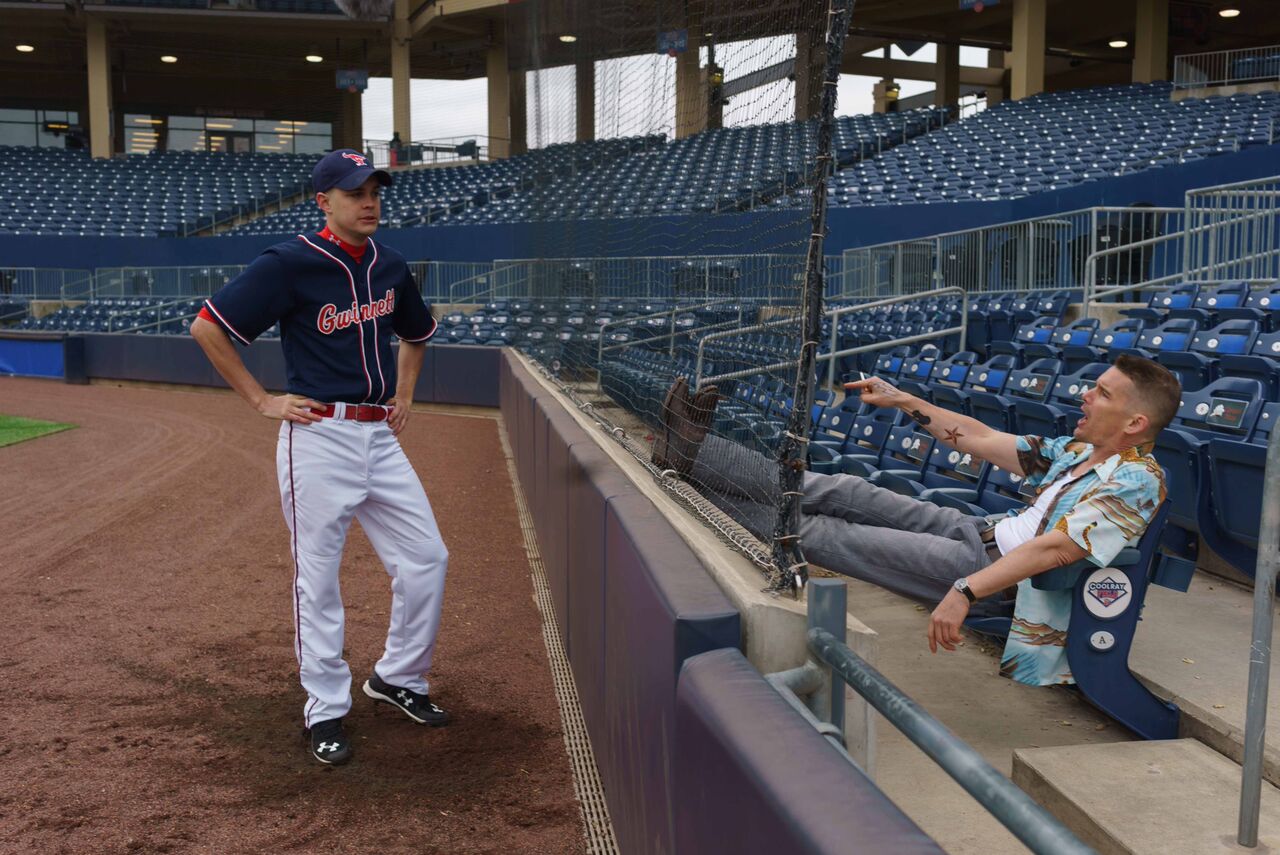