The interview video was edited by Reynaldo Craig. 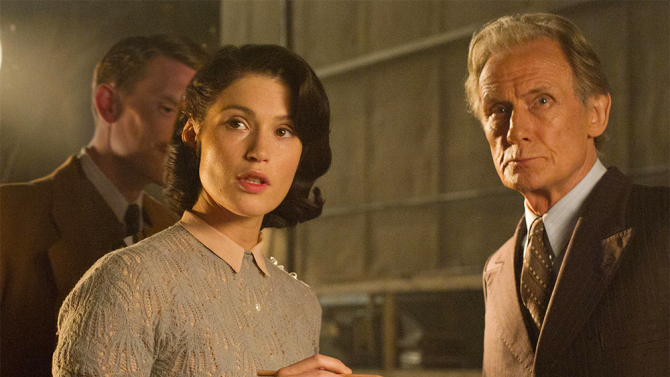 Gemma Arterton and Bill Nighy are powerfully showcasing that in the fight for unity and freedom, everyone’s input is equally important. In their upcoming war film, ‘Their Finest,’ their characters endure gripping journeys of personal growth as they struggle to find both their place in society and happiness within themselves. Their characters in the romantic drama prove that no matter what obstacles people are forced to contend with in their lives, particularly during their country’s darkest times, learning to embrace even the most unlikeliest of bonds can ultimately liberate them in ways they never could have imagined.

‘Their Finest’ was directed by ‘An Education’ helmer, Lone Scherfig. The film’s screenplay was written by Gaby Chiappe, and is based on Lissa Evans’ 2009 novel, ‘Their Finest Hour and a Half.’ The historical British drama is set to be released in American theaters this Friday by STX Entertainment and EuropaCorp, after it screened at last year’s Toronto International Film Festival.

Set in London during the outbreak of World War II in Europe, ‘Their Finest’ follows the emptying of the British streets as men are sent to fight on the frontlines. In order to raise confidence amongst the civilians who remain in the country, Catrin Cole (Arterton) is hired by the British Ministry of Information to help create morale-boosting propaganda films. Her natural flair of writing lands her a job writing the dialogue for the female characters in an upcoming war movie. The job causes tension between Catrin and her artist husband, Ellis (Jack Huston), who looks down on her job and wants her to return home to Wales. But his pessimism over her new duties only encourages her to continue working on the job.

After deciding to stay attached to the movie Catrin is tasked with meeting twin sisters Rose and Lily Starling (Lily and Francesca Knight), who are being hailed as heroes in the local newspaper. But Catrin is greatly disappointed when the sisters inform her that their journey of taking their father’s boat from Southend to Dunkirk, in order to rescue wounded British soldiers, has been greatly exaggerated by the media. While a Ministry employee, Phyl Moore (Rachael Stirling), is given the job of making sure Catrin sticks to writing her approved storyline, the scribe’s growing understanding of how the film industry truly functions encourages her to craft the true version of the sisters’ story that she feels her fellow civilians need to see.

From the screenwriters’ office to the locations where the movie is being shot, Catrin does whatever it takes to make sure Rose and Lily are given the heroic recognition they deserve. The writer negotiates an initially wary relationship with actor Ambrose Hilliard (Nighy), a former leading man who feels as though his skills are being misused in the project as the twins’ Uncle Frank. But their connection grows into a supportive friendship the more they work together on the film.

But the most meaningful and life-changing relationship that Catrin forms is with her fellow screenwriter, Tom Buckley (Sam Claflin), as he truly champions and appreciates her work. While he doesn’t always share the same views as his new colleague on filmmaking as well as how they should approach surviving the war, Catrin and Tom quickly form an unbreakable bond as they make a movie that will warm the hearts of the nation.

Arterton and Nighy generously took the time recently to sit down for exclusive video interviews at New York City’s The Whitby Hotel to talk about starring in ‘Their Finest.’ Among other things, the performers discussed how they both were interested in acting in the drama, as they thought the story was inspirational, and also admired the other actors who were attached to the project. The two stars also noted how they appreciated the opportunity to work with Scherfig on such creating such strong characters who know what they want to achieve in life. 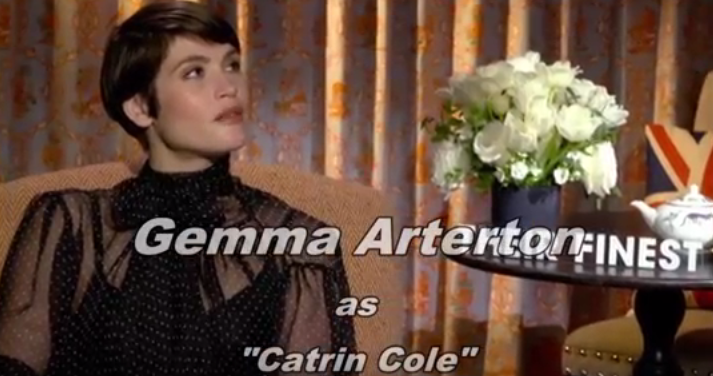 Shockya's exclusive video interview with actress Gemma Arterton and actor Bill Nighy on their romantic war drama, 'Their Finest.' The film was directed by Lone Scherfig, and is being distributed in U.S. theaters on April 7th, 2017 by STX Entertainment and and EuropaCorp.