Protecting his ‘Bloodline’ is the most important thing to Seann William Scott in his new horror thriller. Genre fans will be able to see the former ‘Final Destination’ actor doing whatever it takes to safeguard his wife and their newborn son in his upcoming movie when it’s released next month. Momentum Pictures announced today that it has acquired the North American rights to the Blumhouse-produced drama, which it will distribute in theaters and On Digital and On Demand on September 20.

“‘Bloodline’ is a visceral, stylized, elevated horror film that we cannot wait to sink our teeth into. Seann Williams Scott delivers a stellar performance – his magnetic presence shows his versatility as an actor,” said Ian Goggins, Momentum Pictures‘ senior vice president of content. “Henry and the entire filmmaking team created something very special that we can’t wait to share.”

“I am so proud to be a part of this film with such an exceptional cast and crew,” said Scott. “‘Bloodline’ is such a departure from my previous roles. It was so great to work on a character with so many dimensions, challenging me as an actor to do something I have never done before in terms of tone.”

“I am so grateful to Jason (Blum), Couper (Samuelson, the president of Blumhouse Productions) and rest of the team at Blumhouse for the incredible opportunity they gave me to direct my first narrative feature, and so lucky to have gotten to make it with Seann in the lead and such a talented cast and crew. Making ‘Bloodline’ was an incredible experience for all of us, and I am thrilled to partner with Momentum to bring it to audiences,” said Jacobson.

‘Bloodline’ was produced by Blum, and Adam Hendrick, John Lang and Greg Gilreath of Divide/Conquer. It was executive produced Jennifer Dong, Figo Li, Samuelson, Emma Tammi and Zac Locke of Divide/Conquer. Dylan Wilcox, the Senior Vice President of Acquisitions for Momentum Pictures for Entertainment One, negotiated the deal with ICM Partners, on behalf of the filmmakers. 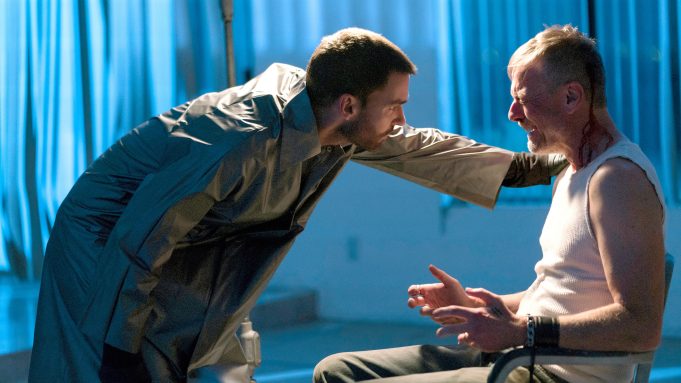