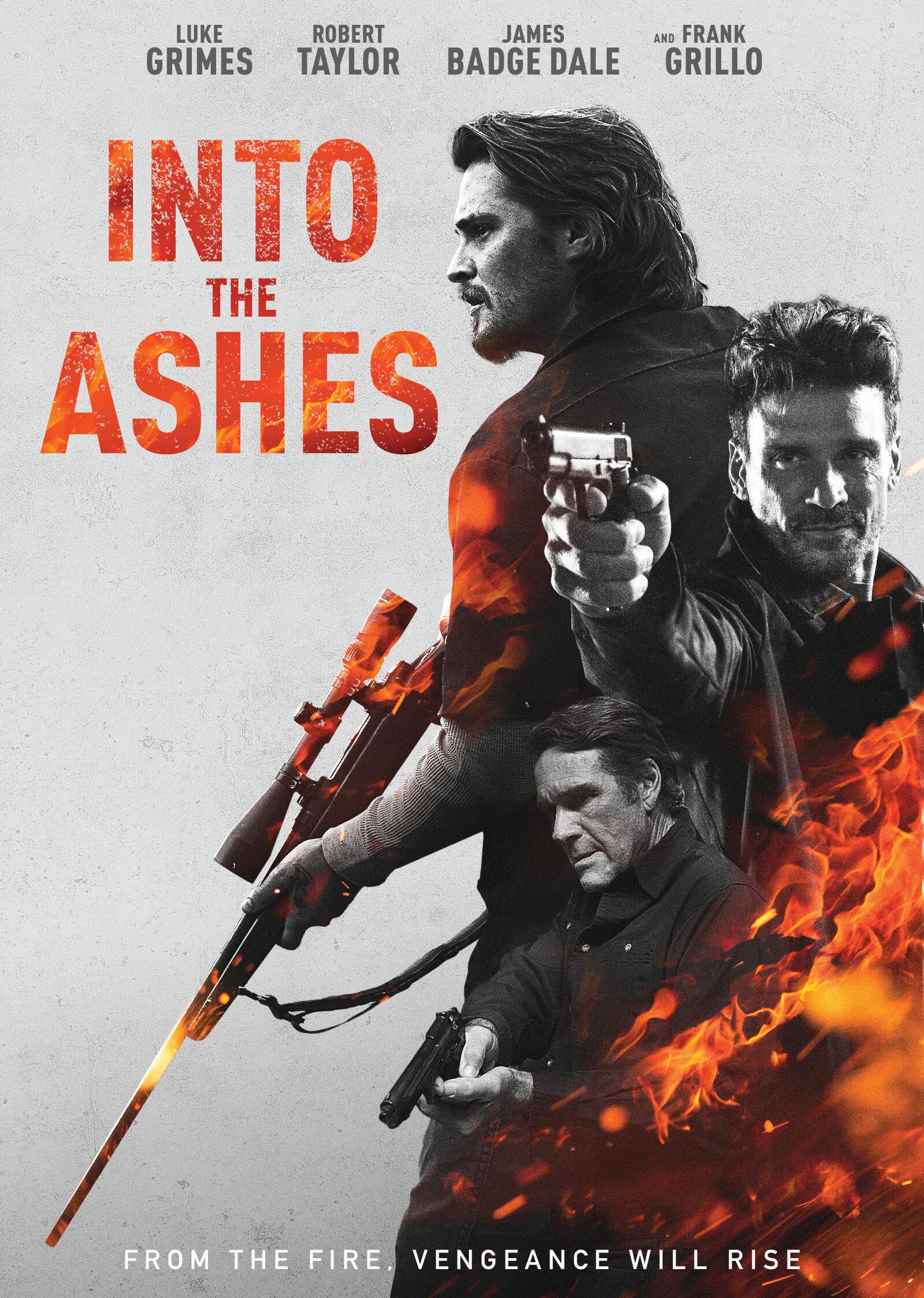 The DVD cover for writer-director Aaron Harvey’s action-crime-thriller, ‘Into the Ashes,’ which stars Luke Grimes and Frank Grillo.

Indulging in the need for revenge can lead otherwise reformed men down a truly life-altering path. That’s certainly the case for the protagonist and antagonist played by Luke Grimes and Frank Grillo, respectively, in the crime drama, ‘Into the Ashes.’ RLJE Films is set to distribute the action-thriller on DVD and Blu-ray this Tuesday, September 3.

In honor of ‘Into the Ashes’ disc release, ShockYa is offering three lucky winners a DVD of the movie. To enter, email us at ShockyaGiveaway@aol.com. Let us know that you’re entering to win the ‘Into the Ashes’ DVD giveaway in the email’s subject line and message. You have until next this Tuesday, September 3, the day of the disc distribution, to enter, and you can enter the contest once daily. On September 3, we’ll pick the winners at random, and notify them through email. Good luck!

The drama was written and directed by Aaron Harvey (‘The Neighbor,’ ‘Catch .44’). In addition to Grimes and Grillo, the film also stars Robert Taylor (‘The Meg,’ ‘Longmire’) and James Badge Dale (‘Iron Man 3,’ ‘World War Z’).

‘Into the Ashes’ follows Nick Brenner (Grimes), who now has an honest job and a loving wife. He believes he had safely escaped his violent, criminal history. But his old crew hasn’t forgotten about him or the money he stole, and when they take what Nick now values the most – his wife – he has nothing left to lose. Confronted by the town sheriff, who is also his father-in-law, Nick must decide if he will stay on his new path, or indulge in his need for revenge and force his enemies to pay for what they have done.