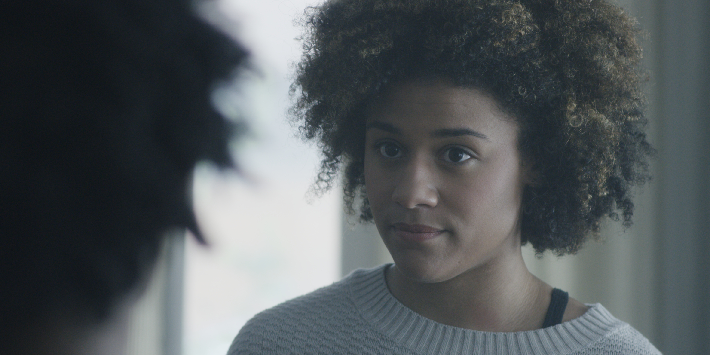 Life’s equally stunning beauty and potential destruction provide a fierce daily battle that leads people to not only fight back against their internal conflicts, but also the external struggles that outside forces present. That’s certainly the case for Daphne and Angela, the mother and daughter in the new revenge thriller, ‘Seaside.’

In honor of the movie now being available on VOD, ShockYa is premiering an exclusive clip, which features actresses Ariana DeBose and Sharon Washington, who portray the parent and her child. In the video, the duo grapple to find a way to survive amongst economic difficulty.

In addition to DeBose, who appears in her feature film debut, after appearing in ‘Hamilton’ on Broadway, and Washington, ‘Seaside’ also stars Matt Shingledecker and Steffanie Leigh. The drama was written and directed by Sam Zalutsky.

‘Seaside’ is set amidst the dangerous beauty of the Oregon Coast. The story follows Daphne (DeBose), a young woman who moves in with her boyfriend, Roger (Shingledecker), when he inherits his childhood beach house. The two decide to start a family and a new lifem but when they run into Susanna (Leigh), a local who works at the arcade, Daphne realizes that Roger hasn’t been completely honest about his romantic past. Now, Daphne must risk everything to fight for her relationship and even her life.