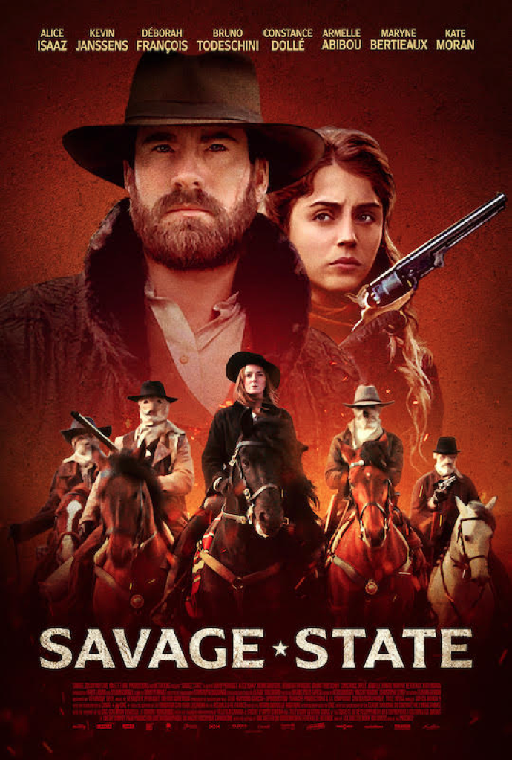 Embarking on a physically challenging journey can also lead to unexpected emotional turmoil. That’s certainly the case for the family of protagonists in the French-produced American Western, ‘Savage State.’ The parents and their teenage daughters set out to move in order to save their lives, but the lengthy voyage presents its own potential life-threatening situations.

Samuel Goldwyn Films will release the period drama ‘Savage State’ On Demand and Digital on January 29, 2021. The movie received critical acclaim when it had its North American Premiere at last summer’s Fantasia International Film Festival.

In honor of ‘Savage State’s digital release, ShockYa is offering three lucky winners an iTunes code for the Western. To enter, email us at ShockyaGiveaway@aol.com. Let us know that you’re entering to win the ‘Savage State’ iTunes code giveaway in the email’s subject line and message. You have until next Friday, January 29, the day of the drama’s distribution, to enter, and you can enter the contest once daily. On January 29, we’ll pick the winners at random, and notify them through email. Good luck!

‘Savage State’ is set as the American Civil War breaks out. A family of French colonists, settled in Missouri, decides to go back to France. Edmond, Madeleine and their three daughters, who have to cross the whole country to reach New York, where they’ll depart for France, are led by the mysterious and dangerous mercenary, Victor.