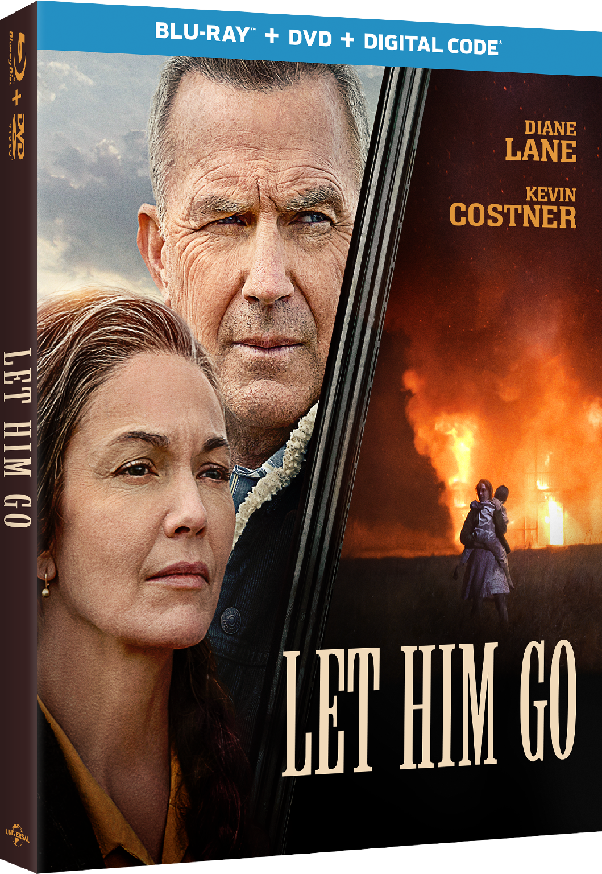 Doing whatever it takes to save their family, even if it means overstepping some of the very laws they once swore to always protect, is an equally timely and timeless vital message, in both fiction and real life. That’s certainly the case for the characters in the new period crime drama, ‘Let Him Go,’ as well as the 2013 novel of the same name that it’s based on by New York Times acclaimed author, Larry Watson.

Filmmaker Thomas Bezucha wrote, directed and produced the screen adaptation, which is set in 1963. Universal Pictures Home Entertainment released ‘Let Him Go’ on digital this week, before it distributes the feature on Blu-ray, DVD and On Demand on Tuesday, February 2. The thriller’s home release highlights how even more than 55 years after the story’s events take place, Americans are still willing to do whatever it takes to defend not only their loved ones, but also the ideals they hold dear, no matter what experiences they had in their past, or may face in the future as a result of their actions.

In honor of ‘Let Him Go’s Digital, On Demand, Blu-ray and DVD distribution, ShockYa is offering three lucky winners a digital download code for the movie, which they can redeem via Movies Anywhere. To enter, email us at ShockyaGiveaway@aol.com. Let us know that you’re entering to win the ‘Let Him Go’ digital download code giveaway in the email’s subject line and message. You have until Tuesday, February 2, the day of the action drama’s On Demand release, to enter, and you can enter the contest once daily. On February 2, we’ll pick the winners at random, and notify them through email. Note, the digital download code is available to U.S. residents only. Good luck!

‘Let Him Go’ follows retired sheriff George Blackledge (Kevin Costner) and his wife, Margaret (Diane Lane), as try to protect their young grandson, Jimmy (Bram and Otto Hornung), after the death of their son, James (Ryan Bruce). When James’ widow, Lorna (Kayli Carter), eventually decides to remarry, and chooses the emotionally and physically abusive Donnie Weboy (Will Brittain), Margaret and George become increasingly concerned for her and her son’s safety.

After Lorna and Donnie decide to move back in with his family and take Jimmy with them, Margaret convinces George to leave their Montana ranch to track down the Weboys in North Dakota. Along the way, the Blackledges meet and receives help from Peter Dragswolf (Booboo Stewart), a young Native American rancher who’s living and working off his land on his own, after struggling through an upbringing that separated him from his family. When they later discover the Weboys, who are led by matriarch Blanche (Lesley Manville), have no intention of letting Jimmy leave their family, George and Margaret are left with no choice but to fight, with Peter’s help, to protect their grandson and former daughter-in-law.

The thriller’s Digital, Blu-ray and DVD releases include never-before-seen bonus features with the cast and crew that take audiences behind the scenes of the production. The exclusive content includes ‘The Blackledges: Kevin Costner & Diane Lane,’ which features the performers sharing personal insights into their characters and why finally having the chance to work together was an opportunity neither of them could pass up. Another feature is ‘The Making of ‘Let Him Go,’ which offers viewers a deeper look at the emotional journey the Blackledges embark on, the period specific production design and Bezucha’s inspiration in adapting the novel for the screen. The last feature is ‘Lighting the Way: Thomas Bezucha,’ during which the filmmaker shares his process of developing the plot while the cast and crew discuss what makes him the perfect person to bring the story to life.

Cancel reply
A Friendly Rivalry Threatens to Get Out of Hand on Soldier, Soldier
Essie Davis Investigates a Death at a Tennis Tournament on Miss Fisher’s Murder Mysteries
To Top