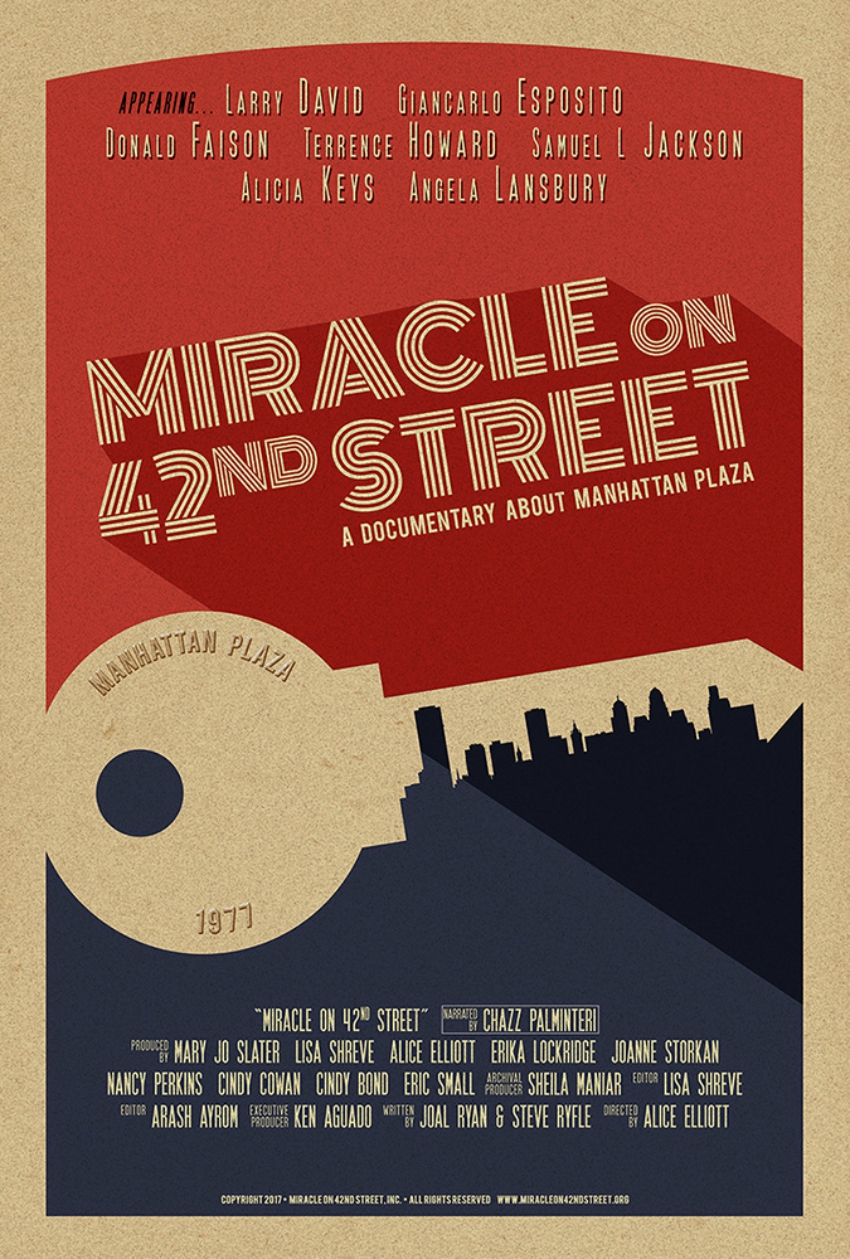 With Doc NYC happening in November, we’re proud to exclusively premiere the movie poster for “Miracle on 42nd Street.” Check it out above:

Miracle on 42nd Street is a one-hour documentary about the untold history and impact of the Manhattan Plaza apartment complex in New York City. Starting with the background of the blighted Hell’s Kitchen neighborhood and the building’s initial commercial failure in the mid-1970s, the story recounts how – in a moment of bold inspiration or maybe desperation – the buildings were “re-purposed” as subsidized housing for people who worked in the performing arts, becoming one of the first intentional, government supported, affordable housing for artist residences.

The social experiment was a resounding success in the lives of the tenants, and it led the way in the transformation of the midtown neighborhood, the Broadway theater district and local economy. The film makes a compelling case for the economic value of the arts and artists in America. The success of Manhattan Plaza has become a role model for similar experiments, which the film features, around the country, in places like Ajo, Arizona, Providence, Rhode Island and Rahway, New Jersey.

“Miracle on 42nd Street” is part of this year’s DOC NYC starting on November 9-16.