Blade is back for his third and final installment of the series, and in completing the trilogy he must face his most vile and dangerous opponent yet. Dracula himself has returned and is on the warpath, which Blade is standing in. Will Blade be able to defeat Dracula and prevent him from taking over rule of the world or will Dracula succeed and become ruler of the world once and for all. The final chapter in the Blade Trilogy doesnâ€™t surpass the first two but it is fully able to stand on itâ€™s own. With final fight sequence that is amazing and stands alone in action movies it was an ending to die for. The filming was done great and Goyer has added a great addition to his writing career in directing his final Blade masterpiece.

Receiving Three Skipped Beats on the Roger Moore movie scale this has to be my favorite of the blade films, if nothing else Ryan Reynolds adds to the success of this movie and helped make it what it is. I loved the Blade series and havenâ€™t been disappointed in any way by these movies; my only hope is that they decide to make the Night stalkers movie. As always be afraid, be very afraid. 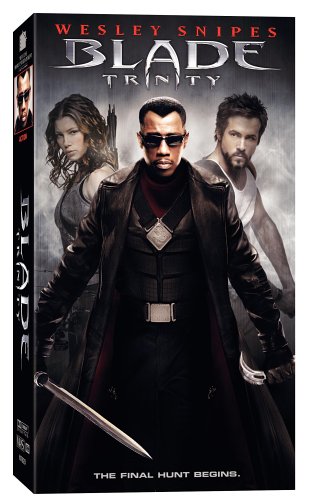