Written By: Stephen King (Story), Stanley Kubrick & Diane Johnson (Screenplay)
Score: Technical: 90, Story: 90, Acting: 95, Overall Score: 92%
The story of Jack, Wendy, and Danny Torrance, Jack has been chosen to be the winter caretaker of a secluded yet lavish hotel high in the Aspen mountains, perfect for skiing, the only problem is it gets too much snow and would cost to much money to stay open during the winter months. SO closing for the winter months the family is left to watch after the place knowing that the previous caretaker chopped his family to bits and stacked their bodies nicely in a wing of the hotel before blowing his brains out, this did not stop Jack from taking the job. Along for the ride is his loving wife Wendy who believes to stand by her man, along with their son Danny who has a special gift that allows him to see things no one else can see. The three set in for a long winter, but will they make it till spring or will cabin fever and psychotic urges take over before they can make it that far only time will tell.

Quite possibly one of Kubrickâ€™s finest works of art it will stand the test of time. Receiving Roger Mooreâ€™s Three Skipped Beats, even thou Scat Mann Struthers heat stopped mine unfortunately did not. Not being what Stephen King intended it to be it was still a lovely display of acting and technical genius on Kubrickâ€™s part. Jack Nicholson delivers a role that will forever make the phrase â€œHereâ€™s Johnnyâ€ mean something to all of us more than just the tonight show. Itâ€™s so good you might sleep with the lights on or maybe go a little mad. 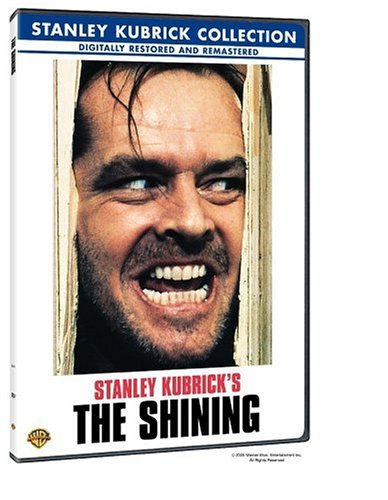