In the year 3000, man is no match for the Psychlos, a manipulative race of aliens on a quest for global domination. Led by the seductive and powerful Terl, the Psychlos have taken all natural resources for themselves and left mankind behind to rot. It is after humanity has given up the fight against this alien race that a young man named Tyler decides to leave his desolate home high in the Mountains and take a final, courageous stand.

Â Â Â Â Â Â Â Â Â Â Â  This movie does not rank on the Roger Moore scale, as it is a total train wreck of a film.Â  But I must admit this is my guilty pleasure film, I canâ€™t help but enjoy it no matter how crappy it is.Â  And when I say based on the L Ron Hubbard Novel I mean that loosely.Â  If you havenâ€™t seen it you should watch it just to get your own opinion of the film who knows you may enjoy a total crapfest as I do, it is definitely one not to be added to anyoneâ€™s collection but I couldnâ€™t pass it up when I found it for two dollars at the Warehouse.Â  Itâ€™s my duty to not care what anyone else thinks of the things I like as ling as I enjoy them even if they are complete shit, I still love it knowing this to. So enjoy chances are you wonâ€™t but at least try.Â 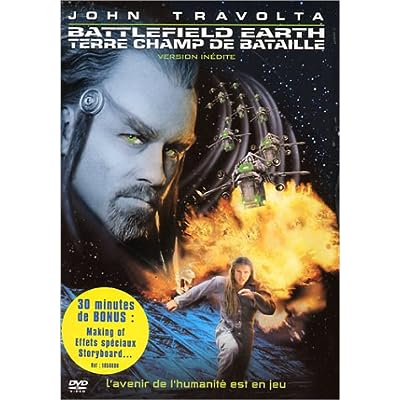