Johnny Knoxville, Bam, Steve-O and the gang are back once again for more outlandish stunts and pranks to pull on each other and the world in general.Â  From running with the bulls down a suburban street, to a penis and snake puppet show all the way to John Waters making Weeman disappear, this bunch noâ€™s no boundaries when it comes to shocking the world and even themselves.Â  A definite high point is when Johnny risks life and limb to ride a giant red rocket that could cause more than just simple pain and anguish but death itself.Â  Watching this movie is the only way to find out how far they truly do go.

Technically speaking this movie stands out, as always since it is filmed as a documentary style of film the cameramen and the editors deserve the largest amount of credit.Â  Since I am unable to find any of their names I can only give them credit in a large general basis, but they did do an excellent job in filming and editing, the editing was truly where it was at.Â  The stunts also deserve a lot of the credit as they didnâ€™t have stuntmen but the coordinators did a terrific job as well.Â  I give a large amount of props to these guys also.Â

The acting in this film is well not staged or planned it was simply a bunch of jackassâ€™ doing what they do the best, and that is acting like jackassâ€™.Â  Although the cast does do a wonderful job in a delightful song and dance routine at the end of the film again other than just the cast the coordinators and choreographers do deserve a big shout out on their parts as well.

Â This is the second time I watched this movie and it just keeps getting better and better every time I watch it. Still receiving a Stopped Heart on the Roger Moore movie scale.Â  This time I didnâ€™t gag or anything as I was expecting the really sick stuff to happen, but it was still just as funny watching the movie and watching the reaction to those around me at the Drive-In. As always watching this film you should be afraid, be very, very afraid. 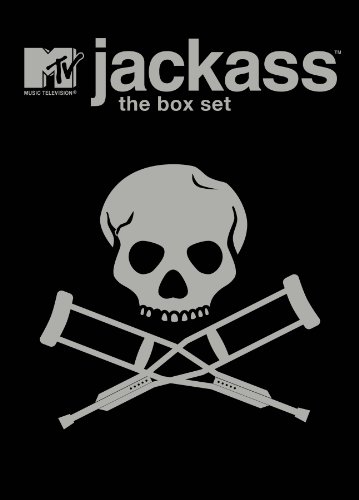