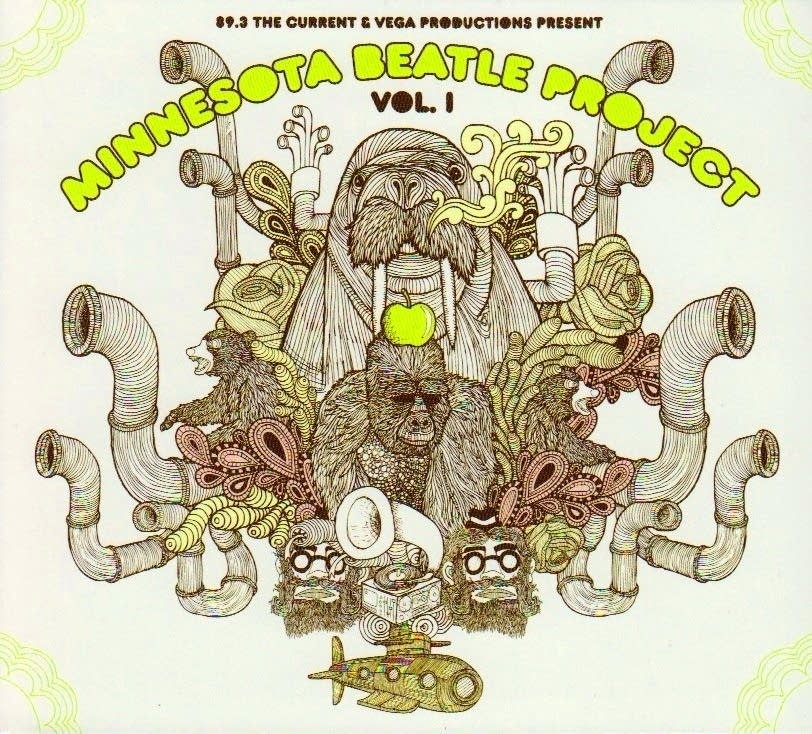 Vega Productions recognizes the magic of the Beatles for the second year in a row by unite these artists and drawing attention to the power of simplicity in music. The performers sing beside the compositions of the original quartet. The Beatles tunes are not altered to fit in with the world of contemporary music rather the Project embraces the sounds of the psychedelic days whole-heartedly while adding a refreshing tune as well, creating an intriguing album.

Total Babe’s cover of “Revolution” stands out as a favorite. The folk pop quartet adds a unique take on the track with its female lead vocals, but keeps the song identifiable. The tempo is more fast-paced than the original, but the jarring instrumentals of the guitar remains. The softly sung vocals of Clara Salyer combined with impeccable harmonizing from her band mates creates an ethereal and whimsical vibe. The album continues with tracks such as “Fixing A Hole” by Cory Chisel and The Wandering Sons, “Happiness is a Warm Gun” by A Night In The Box and “It’s All Too Much” by Polara in which the artists expertly blend their musical talents with those of the Beatles.

While most of the songs consist of the musicians’ own take on the music while maintaining the authentic sound of the Beatles, Pert Near Sandstone’s “I Am The Walrus” is a different story. The melody and vocals of the track is quickened to such an extent that the appeal of the song is entirely erased. The instrumental sounds of the guitar and the bass don’t coincide with the vocals in the least. The Beatles’ influence is practically absent in this take on the renowned track. It’s best to skip over this one.

Edison High School’s “I Want To Hold Your Hand” and its calming vocals gives the track a sense of beautiful rawness while Sounds of Blackness’ version of “Hey Jude” brings a sense of soul to the album. The new rendition of the song drifts away from John Lennon and Paul McCartney’s version, but in this case, the new take works. It fits nicely within a specific genre of music, unlike the aforementioned tune, “I Am The Walrus,” which questionability situates itself in more than one category. The soulful and strong lead vocals featured in “Hey Jude” are supported by harmonized background sounds, resembling the tunes of a Church choir.

The Minnesota Beatle Project created a cohesive album that must be heard all the way through. There are minor bumps in the road, but otherwise, it’s a master of cover albums. Commemorating the timeless sound of the iconic band, rather than reinventing it, proves to be a very captivating approach.