The Texas Chainsaw is the newest film in a full-fledged horror series that has grown into massive popularity over the years since the original film’s initial release in 1974. Since then it has spawned four sequels, a prequel, and even a remake, all the while keeping us on the edge of our seats and off of dirt roads that disappear into the backwoods.

Though it may not have the same the earnings numbers as other top thriller franchises like Halloween, Nightmare on Elm St. or Friday the 13th, The Texas Chainsaw series has managed to cultivate a sizable cult following and is ranked #8 in total box office earnings all time in the horror genre. In fact, this film was quite profitable. It took a 20 million budget and turned it into 34 million in ticket sales domestically. The film has not yet been released internationally. The film is currently available to DirecTV on demand users. If you are looking to become a DirecTV subscriber review SaveonTVDirect.com as they often offer special discounts to first time users of the service.

The films’ plots are based around the killer Leatherface, a character inspired by the real life serial killer Ed Gein, in the movies he wears a mask made of human flesh and pursues his victims with a massive chainsaw. While some the early films had obscure actors playing the fodder, the films in the 90’s were stepping stones for great talents that would emerge as household names such as Renée Zellweger, Matthew McConaughey as well as Viggo Mortensen. We know all these folks now but they got a break in this film franchise.

If you were amongst the crowd of people that ventured into the theater to see Texas Chainsaw you could have experienced the film in 3D. It was originally produced for this medium. Blood splatter and chainsaws look awesome when they are jumping off the screen into face. It is these kinds of gripping effects that compel us to the theater for the best film watching environment. We want to gasp and duck out of the way. We want to be immersed in the cinema, be frightened and forget about the real world for a while. Nothing can seize control of a mind like fear and the makers of this film know the formula.

This film actually picks up after the events of the original film. In many ways the other sequels are standalone concepts that may not have any continuity relationship to all the other films. Almost immediately after the events that wrap up the first film a baby is discovered, a Sawyer baby (Leatherface’s kin). The girl is taken in by a family and raised by them until she inherits the old Sawyer family home. Well, of course terror ensues when Heather and her friends decide to stay at the house in Newt, Texas.

Before long chaos breaks out as it seems that good old Leatherface is still stalking the ground. He makes his way through the cast, killing them in a variety of manners. But in the third act discovers the truth that Heather is his cousin and decides to free her from a trap meant to lure him by the townspeople. It must be some kind of Stockholm syndrome at play here or maybe just genetic inclination but Heather ultimately sides with Leatherface, living at the old Sawyer family home. Eventually her adoptive family comes to get a piece of the property action but are greeted at the door by Leatherface. 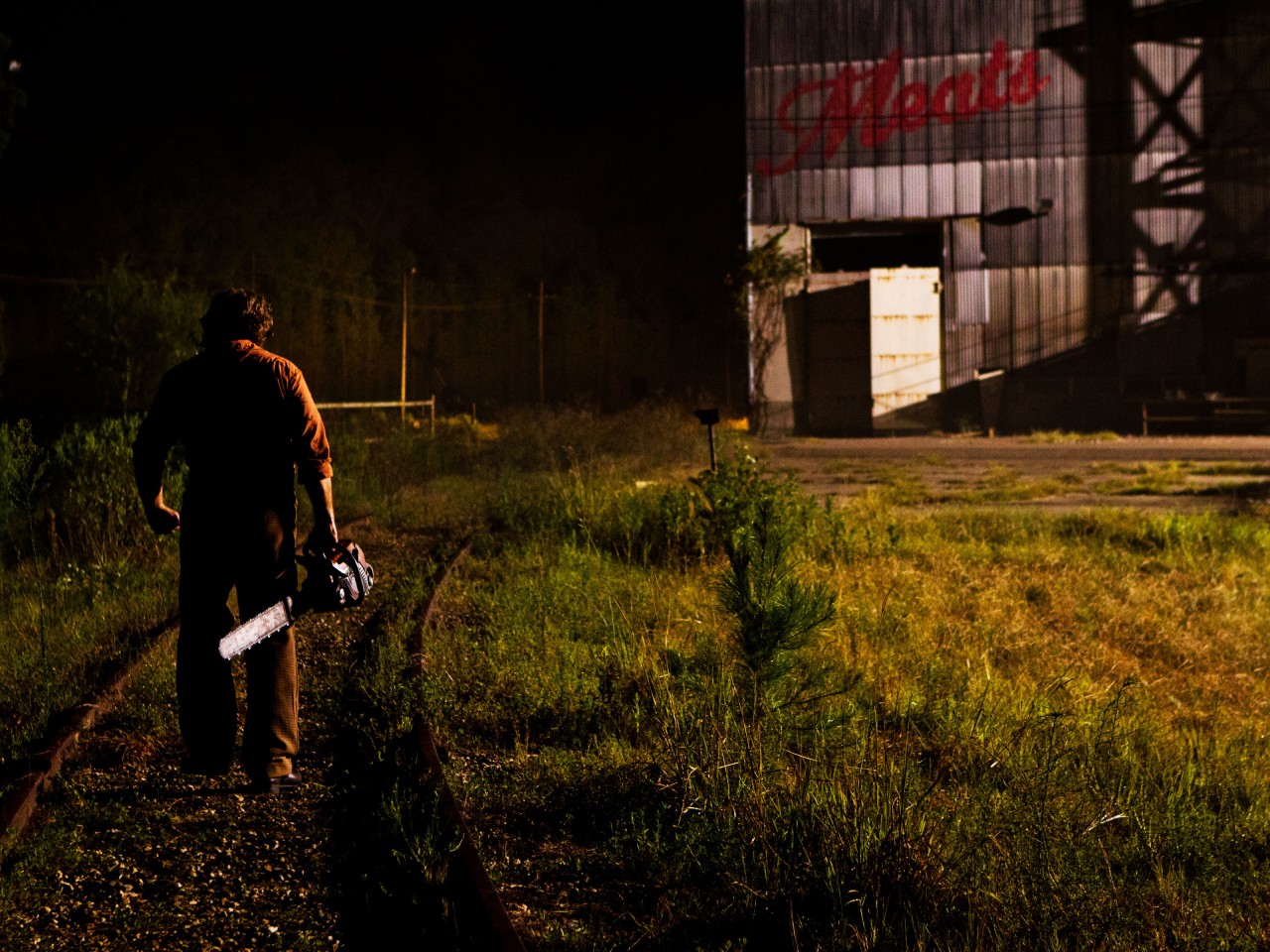