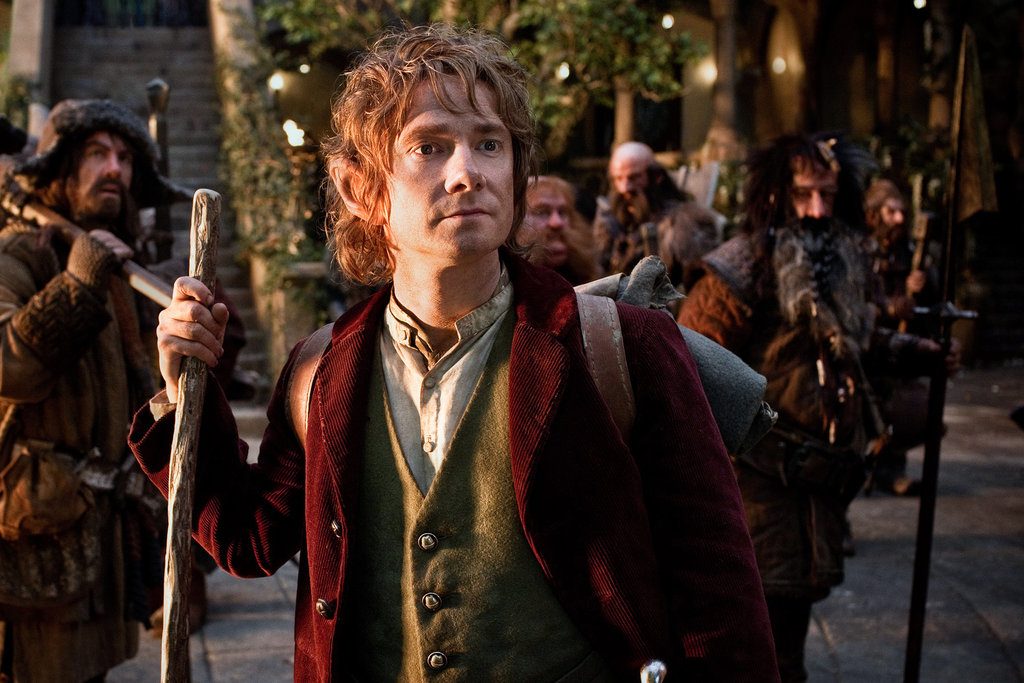 Photo from the film “The Hobbit: An Unexpected Journey”

Title: The Hobbit: An Unexpected Journey
Directed By: Peter Jackson

Peter Jackson does find some success with “The Hobbit: An Unexpected Journey,” but not as a whole, relegating it to the shadows of the “Lord of the Rings” trilogy.

Dwarves once lived the good life, enjoying a thriving society, but then in came the dragon Smaug, who claimed Erebor for himself, nestling into their mid-mountain pile of gold for a nap and turning the dwarves into a nomadic people. Years later, Gandalf the Grey (Ian McKellen) and a band of 13 dwarves decide it’s time to reclaim the Lonely Mountain, but before they can set out on their adventure, they need one more member for their company – a burglar and he must be a smart and stealthy hobbit.

Gandalf recruits the reluctant Bilbo Baggins (Martin Freeman), a once daring young hobbit who’s now too set in his ways to venture out of The Shire. However, when Bilbo shocks the group – or most of the group – by opting to tag along, all are thrilled to have a completed team except for their leader, Thorin Oakenshield (Richard Armitage). War-torn and emotionally wounded, his goal to take back Erebor is all-consuming and he’s prepared to plow through treacherous terrain, battle trolls and orcs, and even the notorious Azog (Manu Bennett) to do it.

Never read J.R.R. Tolkien’s “The Hobbit?” Don’t you worry; Jackson and co. take getting you up to speed seriously – very seriously. Before even getting to Bilbo’s venture, we get a look at Ian Holm’s post-adventure Bilbo hanging out with Frodo (Elijah Wood), a sequence showing Smaug’s attack on Erebor and a bit during which Thorin goes head-to-head with Azog. While all are well-constructed segments, for those who are just stepping into “The Hobbit” for the first time, it’s quite a bit to digest, even having seen all three “Lord of the Rings” films.

While things to coalesce once we get to Freeman’s Bilbo being courted by Gandalf, the film breaks down tonally. What starts as a “Lord of the Rings”-like representation of Middle-earth, but 60 years earlier, turns into a mindboggling slapstick musical. The dwarf meet-and-greet might have held on strong enough had it not been for an embarrassingly goofy tune about the uptight Bilbo. However, on-screen singing isn’t a total loss in the film. “Misty Mountains (Cold),” which you might remember from the trailers, comes across quite beautifully, bringing back that sentiment of heartache and loss, making for an excellent stepping stone in Bilbo’s transformation from hobbit hole shut-in to reluctant warrior.

Freeman puts up a wonderfully thoughtful performance, so it’s too bad Bilbo is a one-note character – or rather two-note, a rigid recluse or a novice fighter feeling out this whole adventure thing for the first time. At first, Bilbo is a happy homemaker to the extreme, nearly socially inept and, not that I’m one to judge, but a total neat freak. Once Bilbo makes the choice to journey on to Erebor, he doesn’t do a complete 180 and turn into some miraculous fighter, rather somewhat blindly feels his way through perilous situations, using his wit as much as he can. Both versions of Bilbo are believable, but it’s one or the other with nothing in between.

The same is true of the dwarves, which greatly affects a number of the film’s big battle scenes. The dwarves get into trouble and moments before they’re about to lose their lives, Gandalf swoops in and saves the day. Throughout the film, the dwarves are either bumbling or come across as rather skilled fighters, and while that may serve them in the long run of the franchise, building them up as truly unlikely heroes, when looking at “An Unexpected Journey” alone, they teeter upon being too unlikely heroes and that, in turn, makes the material less suspenseful. Rather than fearing the group will get snatched up by goblins while dashing across suspension bridges, you simply sit back and relax as their pudgy little bodies make their way from bridge to bridge, and level to level in wide-shots in a cartoon videogame-like fashion.

Then again, that’s not to say the visuals of “The Hobbit: An Unexpected Journey” are subpar in the least. Just like with “Lord of the Rings,” Jackson has a downright incredible sense of the Middle-earth landscape. Every single location from The Shire to the core of the Misty Mountains is exceptionally vivid and vivacious. Even when we venture into the darker potions of the mountains, the goblin tunnels, every crack and crevice is as clear as ever, making for a successful 3D environment, 3D glasses or not.

As for that 3D, even though I continue to wallow in my anti-third dimension misery, adamant that the technology is unnecessary and the same effect can be achieved through proper shot composition, during “An Unexpected Journey” the 3D is far less distracting because the frame rate is far more so. For stagnant landscape shots, 48 frames per second works wonders, delivering strikingly crisp images, but the moment Jackson either moves the camera or cues a battle sequence, the footage takes on a video-like quality, almost along the lines of a soap opera, and it looks downright awful. Even if you’re eager to appreciate the 48 fps highlights, the fact that a good portion of the film dips down into that strange video-like territory turns the feature into an even more disjointed experience than it already is.

“An Unexpected Journey” is not a good film, but that’s on a “Lord of the Rings” scale. Had the “Lord of the Rings” trilogy not come first, it’d be far easier to accept “The Hobbit” as a fantastical romp through the woods, cheesy at times, but packed with compelling and vibrant elements. However, that’s not how things played out and it’s absolutely impossible to venture back into Middle-earth without hopes it’ll meet the expectations set by “Lord of the Rings,” and considering “An Unexpected Journey” falls far short, it’ll inevitably endure more flack than it deserves.

In fact, “The Hobbit: An Unexpected Journey” even boasts one of the most successful scenes of the year – an encounter between Bilbo and Gollum (Andy Serkis) in the goblin tunnels. No action, just a conversation, but this single moment is brimming with more laughs and suspense than the rest of the film combined. The motion capture technology used to develop Gollum in the first trilogy was wildly impressive and still is, but here, it’s so realistic you can truly see Serkis in Gollum’s facial expressions.

While this is a major plus for “An Unexpected Journey,” yet again, it solidifies the full film as a disappointment. Two thirds of the movie’s bloated running time is so packed with charming characters, stellar visuals and an unparalleled sense of adventure, it makes that other third come across as much more of a failure than it really is. Now the question is, will Jackson be able to make adjustments before releasing the second and third installments of the series? What’s done is done as far as production goes, but with each stage of filmmaking – writing, shooting, editing – a new iteration of a piece can be born, so let’s hope Jackson heeds the feedback and makes the necessary changes.