Do you want to see a film that will “[turn] the classic horror film ‘Night of the Living Dead’ into a real life nightmare February 12 on Blu-ray and DVD?” Are you interested to see how this can even happen? Then you might want to learn more about what is being billed as the “next evolution in horror,” Anchor Bay Entertainment’s “Mimesis.”

“Mimesis,” already a critical and fan favorite from over 15 notable film festivals, aims at showing you the true horror of a night among the dead by showing you the horror “from the inside.” The film stars genre favorites Courtney Gains (“Children of the Corn,” “Back to the Future”) and Sid Haig (“Rob Zombie’s Halloween,” “The Devil’s Rejects,” “House of 1000 Corpses”), with a special cameo by original “Night of the Living Dead” star Bill Hinzman and featuring a song from the multi-platinum selling band Insane Clown Posse.

Here’s the official rundown of “Mimesis:”

In the film, a group of horror fans find themselves unwilling participants in a living nightmare that pays homage to a classic horror film. Seven complete strangers whose only common link is a love for classic era horror films are invited to attend an exclusive “horror fan” party at a remote farm. But as the sun sets, these strangers soon find themselves within a real life version of the 1968 George Romero cult horror classic ‘Night of the Living Dead!'”

“Mimesis” is directed by Douglas Schulze and written by Joshua Wagner and Schulze. Kurt Eli Mayry, Schulze and Gavin Grazer acted as producers, with original music composed by Diego Navarro.

“Mimesis” will be on DVD and Blu-ray February 12 for $24.99 (Blu-ray) and $22.98 (DVD) with pre-book on January 16. Also, if you want even more horror for your buck, fans might have the opportunity to experience “Mimesis” at special event screenings across America. 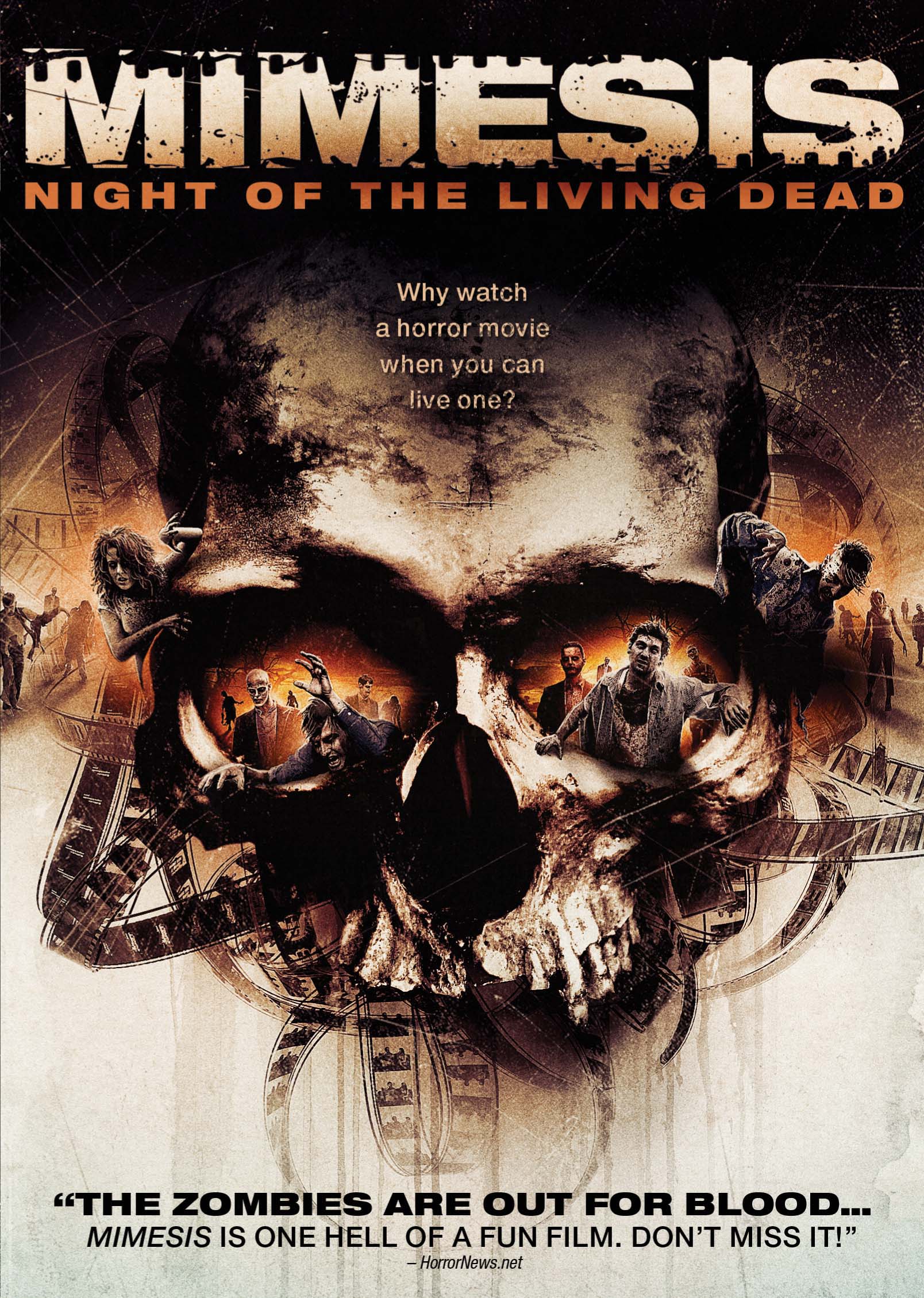