A first look at ‘Drive’ director Nicholas Winding Refn’s ‘Only God Forgives’ with Ryan Gosling has debuted early in light of the film’s rumored May 23rd 2013 release date. The 20 second clip is brief but manages to cover enough ground, showing off scenes of a dark Bangkok and Gosling in the lead role as a guy out for revenge. Actress Kristin Scott Thomas and Tom Burke also show up in the clip. The thriller is scheduled to make its bow at the Cannes Film Festival in May. Check out the full synopsis for ‘Only God Forgives’ that reunites Ryan Gosling with Nicholas Winding Refn below and get a look at the teaser trailer.

“Julian (Gosling) lives in exile in Bangkok where he runs a Thai boxing club as a front for the family’s drugs smuggling operation. When Julian’s brother Billy is killed their mother, Jenna (Kristen Scott Thomas), arrives in the city. She wants revenge and forces Julian to find the killer. Julian’s contacts in the criminal underworld lead him directly to The Angel of Vengeance, a retired police officer who knows everything and who is both Judge and Punisher. Jenna demands that Julian kill The Angel of Vengeance, an act that will cost him dearly.” 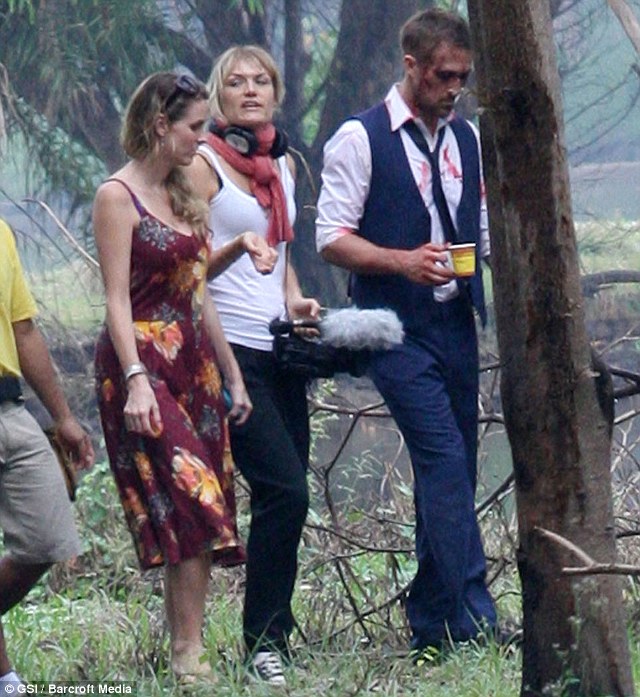