Halley Feiffer may be having a rough time in her upcoming movie, “He’s Way More Famous Than You,” but at least she’s on her way to the Slamdance Film Festival!

Feiffer leads the film as a version of herself, a formerly up-and-coming indie star that hits rock bottom after losing her boyfriend, agent and career. Eager to get her life back on track, Halley sets her sights on the ultimate goal – to become way more famous. With the help of her brother, his boyfriend and two pitchers of sangria, Halley sets out to make a film starring herself alongside as many A-list actors as she can track down. Determined to hit it big, Halley is ready to do whatever it takes whether it’s seducing the Karate Kid, kidnapping top-notch comedy talent or even hurting the people she loves.

In honor of the “He’s Way More Famous Than You” debut at Slamdance, Shockya.com is thrilled to debut the film’s very first poster starring you know who. If you’re heading to Park City and want to catch Halley in action, the film is due to premiere at 3:00pm on Sunday, January 20th and set to screen again on Wednesday, January 23rd at 5pm. Keeping warm and cozy in the comfort of your own home? You can still check out the poster below and follow all the Slamdance action on the film’s Facebook page right here. 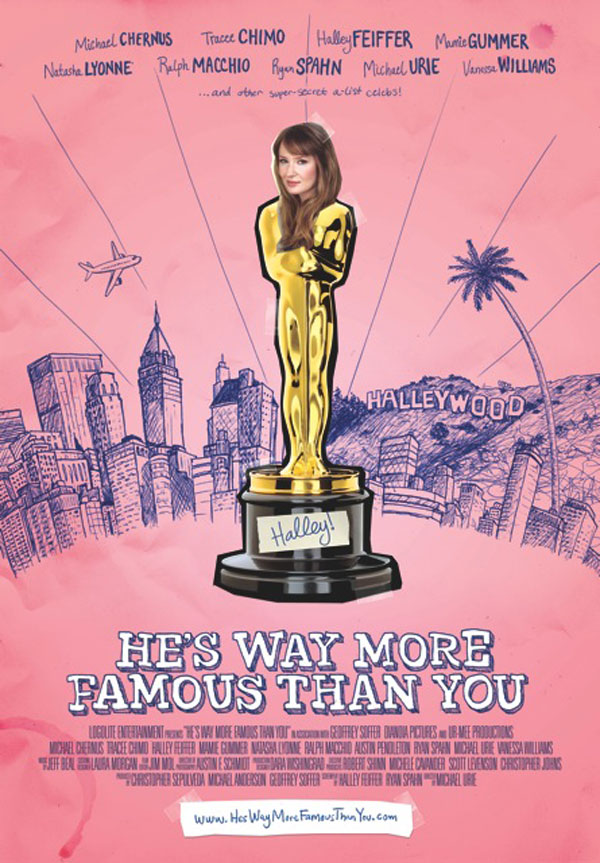