If you need a refresher, here’s what happened when we last left the motley crew and what to expect from the new episodes:

“With his group in tatters, his sanity in question, and his own son questioning his every move, Rick (Andrew Lincoln) must somehow pull everyone together to face their greatest challenge — the Governor (David Morrissey). In order to survive, he must risk everything, including the group’s very humanity.”

“The Walking Dead” has already been one of television’s stand-out shows, but Season Three’s mid-season finale has made television history, becoming the first cable series to beat out all other broadcast and cable entertainment series in the Adults 18-49 demographic. The episode raked in 15.2 million viewers for the December 2 airing.

“The Walking Dead” is based on the comic book series written by Robert Kirkman and published by Image Comics. “The Walking Dead” is about the months and years after a zombie apocalypse and follows a group of survivors, led by police officer Rick Grimes. Their goal is to find a safe home to live. The series stars Andrew Lincoln, Laurie Holden, Steven Yeun, Norman Reedus, Chandler Riggs, Lauren Cohan, Scott Wilson, Melissa McBride, David Morrissey and Danai Gurira. 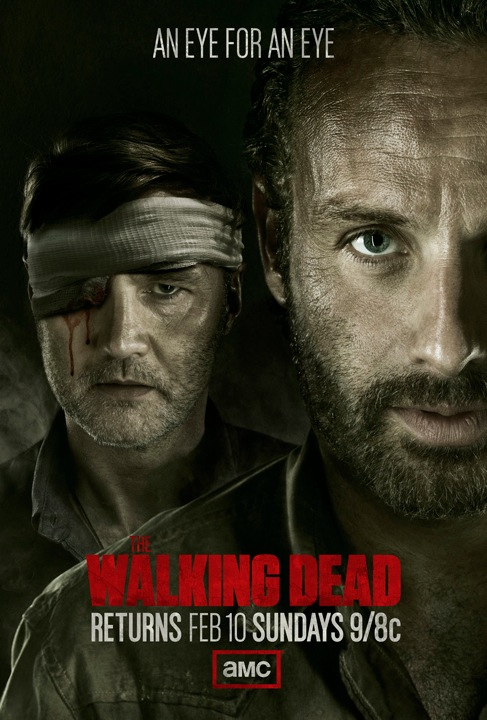