A superbly crafted low-boil drama about an East German doctor who must balance dedication to her patients with a potential escape to the West, “Barbara” represents the latest entry in a continuingly successful working relationship between actress Nina Hoss and director Christian Petzold. A smart, engaging story built on telling details, the film gets its hooks into you the old-fashioned way — through character — and highlights the difficulties and cost of living by principles.

Winner of the Berlin Film Festival’s Silver Bear Prize for Petzold, and festival-minted at Toronto, New York and Telluride, “Barbara” unfolds in 1980, in a small rural town in East Germany. Idealistic Barbara Wolff (Hoss) used to be a top doctor at a respected Berlin medical facility, but has been banished to a provincial pediatric hospital after applying for an exit visa out of the communist country. Tracking her movements is Klaus Schutz (Rainer Bock), a representative of the Stasi secret police who views Barbara with a personal contempt (“If she were six you’d say she’s sulky”) that seems to extend beyond his tasked surveillance of her.

Even though she ranges from cool to outright standoffish, Barbara’s supervising doctor, Andre (Ronald Zehrfeld), keeps making attempts to get to know and help her. A delicate dance ensues. Barbara is touched — both professionally and personally — by Andre’s altruism, but suspects, not without good reason, that he’s also an informant charged with reporting on her movements and activities. As she dodges Klaus’ observation and puts up with unannounced, intrusive and humiliating searches, Barbara continues to plot an escape to West Germany with her lover, Jörg (Mark Waschke). Burgeoning, complicated feelings for Andre, however, throw into relief a looming, difficult decision about what sort of future she truly wants.

The performances here are precise and modulated, like a Swiss watch; small glances and moments of silence are pregnant with quiet meaning. Hoss, whose previous four collaborations with Petzold include the striking “Yella” and “Jerichow,” is an actress of uncommon intelligence as well as chameleonic beauty; when she puts up a stern front her inner light can seem utterly impenetrable, and when she drops it the vulnerability can be shattering.

The commingling of the personal and political (also a big part of “Yella”) on the part of Petzold is impressive. He doesn’t cram in a lot of chronological markers to continually reinforce and remind viewers that he’s telling a period piece story. Instead, he gives his movie a thin sheen of formality that both obscures and heightens a plot which could otherwise be construed as melodramatic, and lets an audience consider and arrive at the allegorical weight on their own terms. But “Barbara” is never hammy or overwrought. It plays out on an altogether human terrain, marked with recognizable uncertainty, heartbreak and other turmoil. 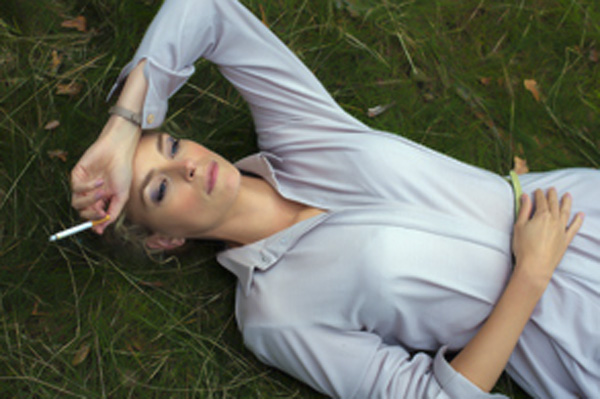