If you’re looking for some harmless entertainment for your children, take note of “The Solomon Bunch,” by Image Entertainment, Inc. and Slingshot Pictures. The film will be out on DVD and digital download February 5 for $27.97.

The film has been given five out of five Doves by the Dove Foundation and promises a message about the importance of wisdom and not making assumptions. Here’s the official synopsis:

“‘The Solomon Bunch’ follows five spirited, well-meaning kids as they create hilarious havoc in their peaceful small town! Nothing much ever happens in Brookville, but when a group of friends see a new stranger and overhear something they don’t understand, they jump to the conclusion that he is up to no good. Soon, the new club is devising secret missions and elaborate schemes to warn the town about this “bizarre” new resident. Misunderstandings multiply and the kids soon find their crazy adventure filled with more mysterious revelations, shocking surprises and valuable lessons than any of them could have ever imagined.”

Take a look at the film’s artwork below (which also illustrates how kid-friendly this film is). What do you think about this news? Do you think this will be right up your kids’ alley? Give your opinions in the comments section below. 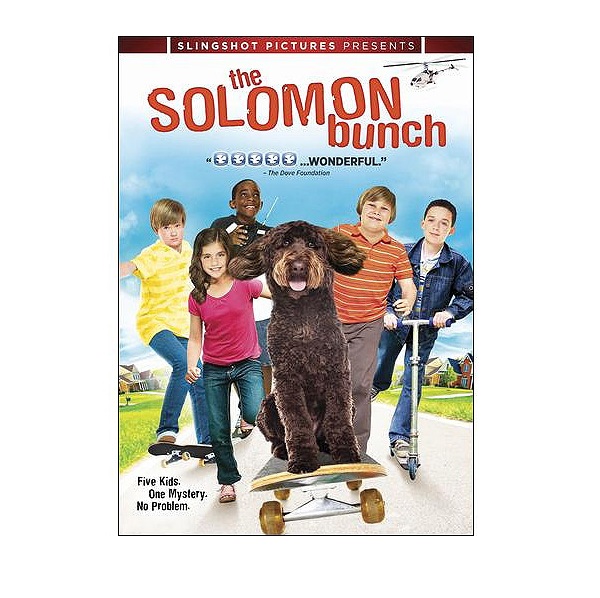