Game Description:In Aliens: Colonial Marines, players are part of a United States Colonial Marine squad and must prepare to face an Aliens assault more intense and horrific than ever before. Players must destroy the enemy with classic Aliens weaponry ranging from pulse rifles to flamethrowers as well as brand-new equipment.

Aliens: Colonial Marines features a story driven single-player mode and a four player co-op mode allowing players to share the chilling experience with three friends. In co-op mode, each player assumes the persona of a United States Colonial Marine and have a distinct role to play in the completion of every mission. 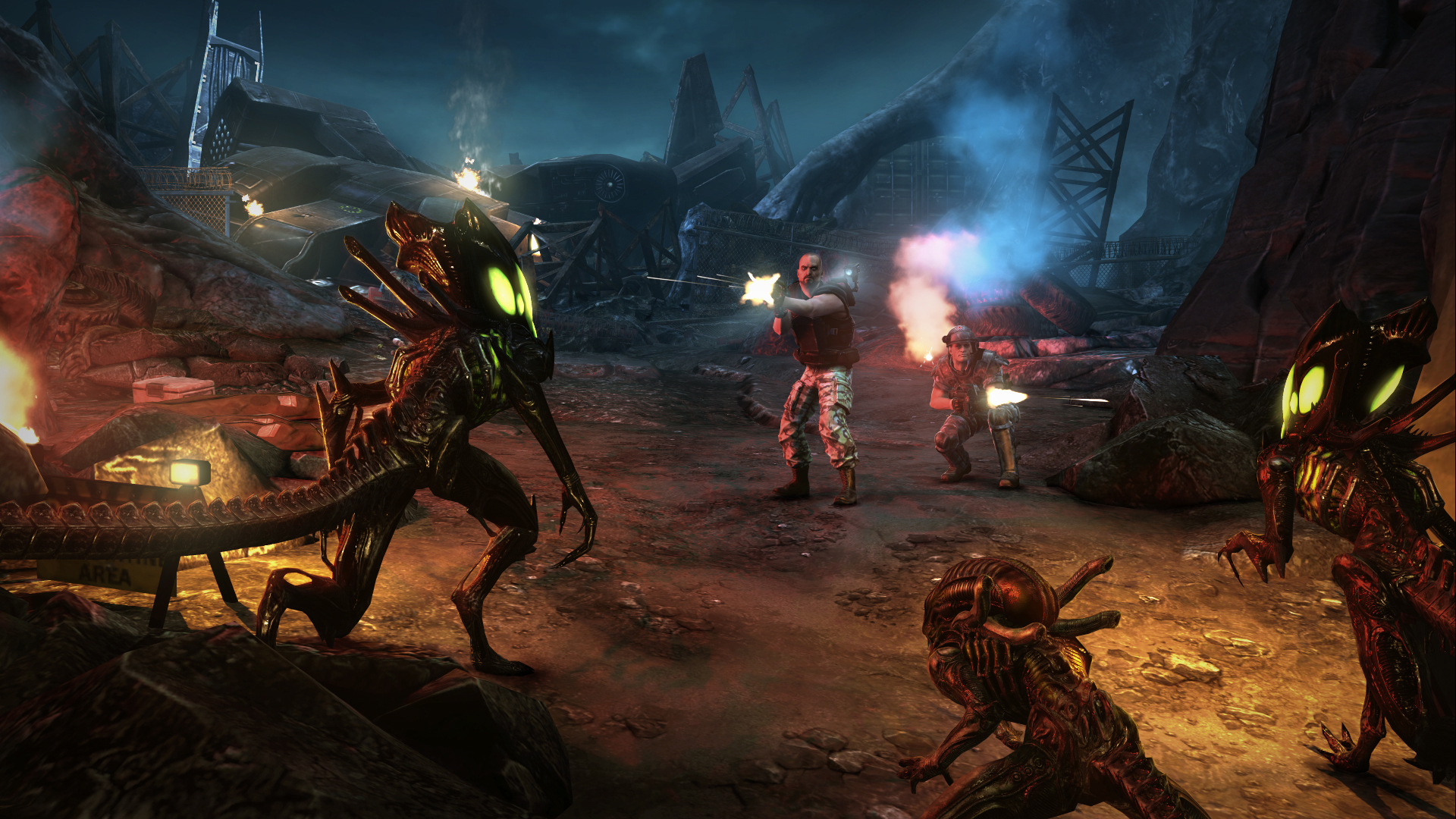