What happens when a woman obsessed with Jane Austen’s “Pride and Prejudice” goes to an Austen-themed park in order to find her perfect Mr. Darcy? (Or Mr. Knightley or Mr. Ferrars?) To “Austenland,” of course! It would also seem that Sony Pictures Worldwide Acquisitions has also been swept up in Austen Fever.

The film was a hot pick for many studios, including Exclusive Releasing and FilmDistrict, who teamed up to bid on the film together.

The film was written by Jerusha Hess and Shannon Hale, and, I think, is set to become a film for Austen lovers and Austen beginners to rally around. As an Austen reader myself, I’m a little excited to see all the different types of tropes the film will surely have.

What do you think about the film? Are you going to give “Austenland” a shot? Do you wish there was a real-life Austenland? I kind-of do. Whatever you’re feeling about “Austenland,” write them out in the comments below. 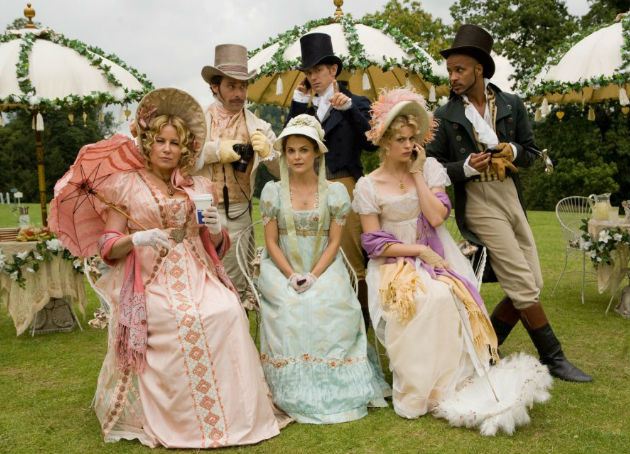