Ray (Alex Karpovsky) had to face some harsh truths in the most recent episode of “Girls.” Very much to Shoshanna’s (Zosia Mamet) surprise, Ray isn’t just keeping close for the sake of being romantic; he’s basically living with her. Making matters worse, he’s a 33-year-old with no job mooching off his 21-year-old girlfriend. Then again, they do genuinely love each other, so that’s a plus, right?

While discussing Alex Karpovsky’s upcoming feature endeavors, “Red Flag” and “Rubberneck,” Karpovsky offered his own two cents, explaining, “Ray and Shoshanna enter this … place where they’re starting to throw the L-word around to each other, and it’s a place that’s very scary for both of them.” He continues, “Shoshanna because of her inexperience, largely, and her age, and for Ray because of his own personal demons and issues.”

Karpovsky recalls that Ray’s initial attraction to Shoshanna was directly connected to her sincerity, honesty and purity, however, he also adds, “There’s a fine line between sincerity and naivety, and that’s a line that Ray walks through most of season two.” To hint at his character’s path for the duration of the season, Karpovsky explains, “He’s gonna keep going down that road and find that the difference between those two things are maybe quite a big deal.”

Check out the “Girls” discussion for yourself in the clip below and be sure to keep an eye out for the full interview with Karpovsky closer to the release of “Red Flag” and “Rubber Neck” on February 22nd. 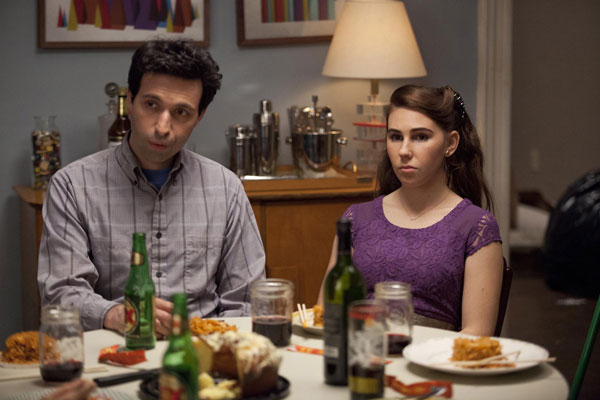