After 97 minutes, it sure is A Good Day (for the franchise) to Die Hard.

Hate to be the buzz-kill here people, but this is by far the sloppiest entry, not only in the treasured Die Hard franchise, but in the action genre in general.

The first 40 minutes is probably some of the worst cinematography you’ll ever see. Now full disclosure: Yours truly isn’t a fan of the shaky camera nonsense that became all the rage after the Bourne franchise arrived on the scene. But what happens in the opening of Die Hard 5 makes a Bourne sequel’s camerawork seem tame. And it’s a bloody shame, too; for the choreographed work of a destructive chase scene encompassing army utility trucks slamming into anything and everything in a crowded downtown Moscow, looks to be incredible. Yet the spastic lensing will give you that I-want-to-get-off-this-ride feeling. And this camera technique is even used the dialogue sequences.

So John McClane (Bruce Willis) is trying to reconnect with his estranged son Jack (a bland Jai Courtney). Apparently he shares his father’s talent of finding trouble, except he seems to be playing on the wrong side in the Moscow political underworld. In a last ditch effort to try and get Jack back on the straight-and-narrow, John ventures over to Mother Russia and destruction commences blah, blah, blah.

Once John and Jack cross paths, things aren’t quite what “Dad” thought; and he and his “007-like” offspring, who is not too thrilled to see old daddy-o, must stop a group of terrorists that are trying to gain access to nuclear weaponry from the famed Chernobyl bomb testing site.

Look, a Die Hard flick doesn’t have to get deep and could survive on a bunch of high-octane stunts, a solid antagonist, and patent John McClane one-liners. Problem is, we only get two high-octane stunts; and only one of them is captured coherently through the lens. And the other two criteria mentioned are basically non-existent.

The rest of this movie consists of boring father/son banter and generic machine gun shootouts. Granted the last 30-40 minutes settles down (including the seizure-inducing camera) and enacts more of Die Hard tone audiences are used to (and want). But Willis has to share the spotlight this time around, and the audio dubbing is so piss-poor that you miss some of his sarcastic remarks. In essence, director John Moore tarnished a franchise with this installment in the same way Kingdom of the Crystal Skull left Indiana Jones’ fans with a bad taste in their salivating mouths.

In fact, this loud and obnoxious product doesn’t belong on the big-screen; it belongs on Beavis and Butt-Head’s shanty T.V. You can just picture them watching this as they did their heavy metal music videos, with Beavis blurting out, “Fire, fire, fire!”

Overall, A Good Day to Die Hard is a bloated three-action sequence and only one of them is worth your time. There’s just no suspense as the outcome is obvious. It’s by far the most uninspired entry to the franchise that usually came armed with heart-pounding intensity and sharp wit. Whether they know it or not, the filmmakers, and to some extent the cast, turned this into a parody of itself. The term, “Mailing it in,” seems appropriate to use here. But at least they sprung for the most expensive delivery option. 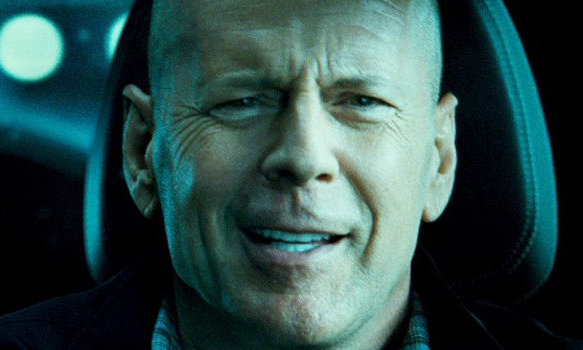