With 18 albums released, Black Sabbath continue to persist within the music industry they helped transform for the better since the 70s. The heavy rock legends are back with their new album, “13”, which will drop sometime in June. The upcoming album will be Black Sabbath’s first album with the King Of Darkness, Ozzy Osbourne, in 35 years.

In support of “13”, Black Sabbath has released a video of them inside the studio. Osbourne and his fellow long-term band members guitarist, Tomy Iommi, and bassist, Geezer Butler reunited in a Los Angeles studio, alongside drummer Brad Wilk of Rage Against The Machine and producer, Rick Rubin, who is a seven-time Grammy winner. The outfit will be dropping Osbourne’s 9th album with Black Sabbath via Vertigo.

Since Black Sabbath dropped their debut, “Paranoid”, in 1970, the band has redefined heavy metal music, while upholding the status of legendary musicians. A career, which famously included drugs, sex and rock n’ roll, Black Sabbath has had ups and downs, but has remained afloat amongst their troubles, selling over 15 million records in the U.S. and over 70 million worldwide. Inducted into both the U.K. Music Hall of Fame and the US Rock and Roll Hall of Fame, Black Sabbath set the precedent for iconic metal and heavy rock bands, such as Metallica.

For the latest news on Black Sabbath’s return, head on over to their official site. 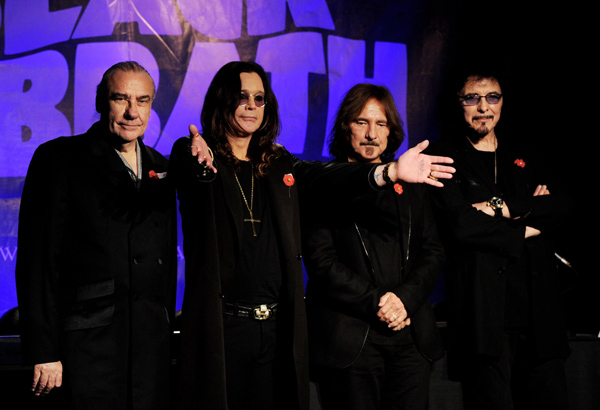