Normal teens have to worry about passing their driver’s test, but Lena Duchannes (Alice Englert) has more on her mind than hands on ten and two as the clock counts down to her sixteenth birthday. As stars and cosmos align Lena finds herself in the role of the pawn that would be Queen in a battle between dark and light. There’s plenty to worry about with a siren for a cousin, and a mother that prefers taking up residence in a prim member of the local town folk over booking a hotel when she drops by for a visit. In a case of Nature vs. Nietzsche she’s faced with the pressing question- How far does the apple really fall from the tree?

On the moonrise of her witchy Southern sweet-sixteen Lena’s life will change forever, ending with her either the belle or the beast of the ball. Fearing that the past will repeat itself, she must find a way to break free of her would be fate, but finds out freedom comes with a price.

Beautiful Creatures is a tale about the growing pains of the not so immortal. Apparently new schools, new towns, and first loves don’t get any easier with magic powers. The film is directed and adapted by Richard LaGravenese from the first book in the Caster Chronicles book series, written by Kami Garcia and Margaret Stohl.  Jeremy Irons gives a nice performance as the eccentric yet gentile Macon Ravenwood, who Lena moves to the tiny burg of Gatlin to live with only to find family reputation precedes her and a clique of conservative locals are less than eager to roll out the welcome mat. It also stars Alden Ehrenreich as Ethan Wate, the polite bookworm turned heartthrob who becomes obsessed with Lena when he’s convinced she is the literal girl of his dreams.

Beautiful Creatures has a peculiar love affair with books almost as strong as the star-crossed teens passion for each other. The film is filled with scenes at libraries and seems enraptured with the notion of the literate-and-hunky type being a romantic ideal as lovebirds share Summer reading lists and lines of Bukowski among stolen kisses. Viewers may also be somewhat surprised to find that sprinkled in between the drama and heartache are plenty of moments of cutesy humor and gags. Englert and Ehrenreich play their roles with a heavy dose of young and awkward. This, along with the broad colorful characters and world, give the movie an almost theatrical quality that sets it apart from other supernatural romance properties that lean more towards the dramatic. While Beautiful Creatures may not be ready to take up Twilight’s mantle just yet, viewers and yet to be introduced readers will also likely not find it to be quite as polarizing.

Beautiful Creatures is out in theaters Valentine’s Day. 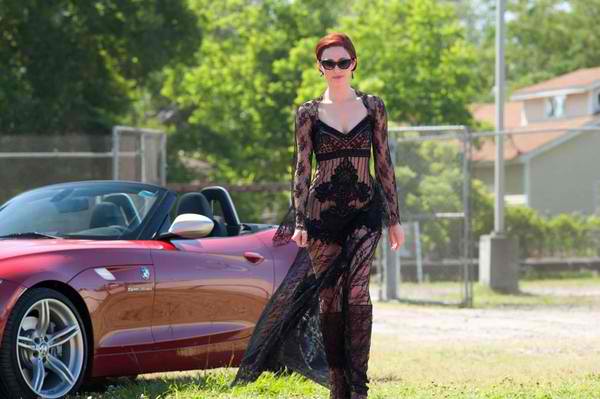