Title: Would You Rather

In the wake of her parents’ death, Iris (Brittany Snow) is struggling to make ends meet and also care for her younger brother, who needs a bone marrow transplant when her plight lands her an unusual invitation from a seemingly philanthropic aristocrat, Shepard Lambrick (a showy Jeffrey Combs, one of the movie’s weak links): come to exclusive dinner party and play a game where the winner will be awarded untold amounts of money, and have their life’s problems solved. Iris reluctantly accepts, and arrives at Lambrick’s mansion where she’s joined by Cal (Eddie Steeples), ex-gambler Peter (Robb Wells), sullen Amy (Sasha Grey, playing the Ally Sheedy role from “The Breakfast Club”), recovering alcoholic Conway (John Heard), wheelchair-bound Linda (June Squibb) and Iraq vet Travis (Charlie Hofheimer).

With the assistance of his henchman Bevans (Jonny Coyle) and depraved, unstable son Julian (Robin Lord Taylor, effectively loathsome), Lambrick sketches out the rules of his game: going around the table, each participant is given two fairly undesirable choices, one of which they must select within 15 seconds and then act upon. Car batteries, knives, whipping canes, firecrackers and other gruesome instruments are trotted out, and tears, arguments and blood-letting naturally ensues.

One of the main problems of “Would You Rather” is that Schlachtenhaufen’s screenplay doesn’t set up its subjects as convincingly desperate. Ergo, the collectivity of their immediately cowed nature — before the full parameters of the game are revealed, no one leaves when given the chance, even though some super-creepy and suspect stuff has gone down — rings false. The loose-cannon threat of Julian, also, who has major daddy issues, is too quickly resolved.

Mainly, though, Lambrick is just a terribly sketched villain, which snuffs out any flicker of intrigue this constrained narrative offers. In “Saw,” Jigsaw had a rationalized motivation — and indeed, what might be called an overarching worldview, which became more honed in the franchise’s sequels. In “Would You Rather,” apart from some half-reasoned mumbo-jumbo (“It’s all about decision-making in its rawest form!”) there’s not enough background to make one believe that Lambrick really gets his rocks off from this stuff, and has the ability to sustain such an enterprise, aides and all. Ergo, Combs’ performance — which comes across like some deranged game show host — isn’t rooted in any sort of reality. As a viewer, you want to bitch-slap him not because he’s the bad guy and doing terrible, depraved things, but because he just seems like a weirdo asshole.

Director Levy’s technical package, achieved on a modest budget, convincingly imparts a claustrophobic vibe, but can’t overcome spotty casting and the inherent limitations of the material as rendered — which peaks about 40 minutes in, and then coasts across the finish line with an ever-diminishing level of cleverness and execution.

NOTE: In addition to its theatrical engagements at the Laemmle NoHo 7 and elsewhere, “Would You Rather” is also available via digital download and VOD, across various platforms. 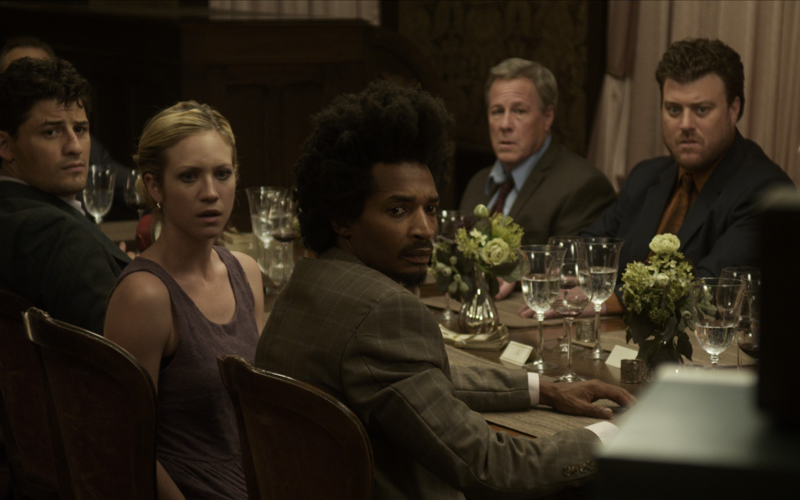