Charcot Island in Antarctica was discovered by Jean-Baptiste Charcot, who named it in honor of his father, Professor Jean-Martin Charcot, the founder of modern neurology. Augustine, a fact-based film takes us to the Pitié-Salpêtrière Hospital in Paris where Charcot (Vincent Lindon) developed his theory on hypnosis and hysteria in the late 19-century. A nineteen-year old kitchen-maid, Augustine (Soko) comes to the hospital for treatment for convulsions and seizures that left her with a deformed right eye and later on with left hand paralysis. Charcot finds Augustine a fascinating subject to study and present to his medical colleges in Paris. For members of the school, the patient’s susceptibility to hypnotism is synonymous with hysteria, and Augustine’s case fits the bill. Thus start the “show-and-tell” presentations, where Charcot brings Augustine on stage, has her hypnotized, collapse on the floor with convulsions, to thunderous applause of his medical colleauges.

Superior casting finds Vincent Lindon, a versatile actor, as Charcot. Unlike his “Jean”, a shy home builder in Mademoiselle Chambon here he portrays a laconic businesslike doctor, who has crossed a forbidden path between patient and care-giver. Soko, Stéphanie Sokolinski, a twenty-seven-year old folk singer in real life, delivers an excellent performance of an illiterate servant girl, bewitched by the power of hypnosis at first and putting-on a show later. Chiara Mastroianni plays Constance, Charcot’s unappreciated, beautiful and clever wife, in an underwritten role. Good supporting roles are played by Olivier Rabourdin as Bourneville, Roxane Duran as Rosalie, Lise Lamétrie as a head nurse and Sophie Cattani as Blanche.

While not being of interest to general audiences, Augustine will attract the indie costume-drama crowd. 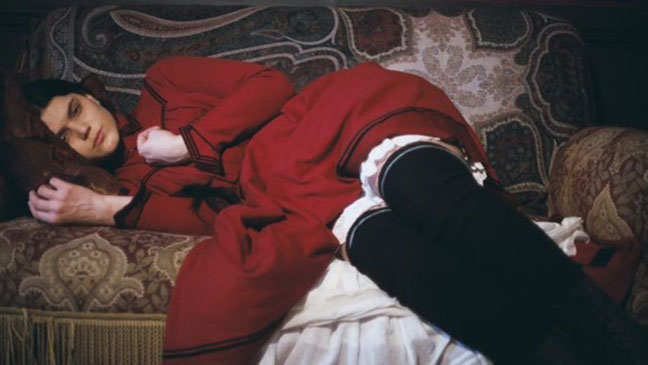