In his new book “The Future,” former vice president Al Gore notes that “[m]any companies have provided large amounts of money over the last two decades to ‘liars for hire’ who turn out a seemingly endless stream of misleading, peripheral, irrelevant, false, and unscientific claims.” Among the outrageous claims he cites are that “Global warning is a hoax…by activists who want to impose socialism or worse,” and that global warming “is the result of a natural cycle.” One can conclude only that the reason almost half of Americans believe global warning to be a hoax is that big oil, coal and natural gas companies consider it worth spending billions to convince us that it’s fine to burn as much carbon fuel as we can. Right: and the earth is only seven thousand years old and humans co-existed with dinosaurs.

Speaking of dinosaurs, the screen is loaded with ‘em thanks to Craig Rosebraugh’s searing documentary, “Greedy Lying Bastards.” Now, with a title like that, you didn’t think that this was one of those even-handed documentaries, did you? Rosebraugh, like millions of right-thinking, rational, scientifically-minded Americans and people around the world think, no they know, that the world is going to pot only partly because of the hot air issuing forth from humans like Bashar al-Assad and Mahmoud Ahmedinejad. We’re heading toward a point of no return because not just nature, but, more important, our fellow humans are contributing to the tragedy of global warming. But not just any human beings, just a special breed of highly paid lobbyists and executives of some major corporations like Exxon-Mobil and the Koch brothers who together with their cronies in the U.S. Congress lie to the public with straight faces that “coal is clean” and that only hippies and weird activists are trying to convince us that these huge companies are more concerned with profits than with the lives of their own grandchildren. Rosebraugh, though, is hardly an entertainer like documentarians Michael Moore and Morgan Spurlock. The only humor comes inadvertently, from the mouths of corporate lackeys in Congress and one particular Brit with eyes like a pug’s.

One gets the impression from this hard-hitting film that folks who deny any human responsibility for the carbon dioxide and methane gases that trap heat in the atmosphere are not unlike those who say that the Holocaust never happened.

With some spectacular photos and clever computer graphics that keep the pace moving swiftly, “Greedy Lying Bastards” alternates between rational people and between the clowns at Fox News and the likes of Glenn Beck and a Republican senator from Oklahoma who has received lots of money from the oil and gas industries and even Clarence Thomas who should have recused himself from the Supreme Court hearings in the Citizens United case because he had been in the pay of corporate bigwigs.

What should we make of former presidential candidate Mitt Romney who argues that all the Democrats can talk about is how the oceans are rising and the ice caps are melting and the island nation of Tuvalu will soon become as submerged as Das Boot, while he, a responsible member of the GOP, is here to help you and your family?

The scientists on display in this doc may not be as charismatic as the know-nothings off in the far right wings of the political spectrum, but how can anyone deny what seems obvious from the wildfires in the west that have caused droughts and the brown-outs in the east and the floods that have invaded the rickety homes of Tuvalu citizens like water that might appear in your suburban basement? A major point is that when the public hears these corporate gentlemen enough times, telling The Big Lie simply with the purpose of casting doubt (as though the two sides are equal in probability), the public in large numbers will cast their votes with the doubt-makers.

What can we do? The filmmakers ask us to boycott the Koch brothers, who had contributed an estimated four hundred million dollars to the Romney campaign but continue to spew pollutants from their interests in the petroleum and chemical industries. So…don’t buy Georgia Pacific building and paper products, Angel Soft toilet paper and Brawny paper towels. A lot of good that will do. What’s really needed is massive public demonstrations like Occupy Wall Street to pressure the politicians to slap a major curb on these malefactors, or bastards, as the film prefers to call them.

What’s not mentioned is that methane gases that come from the tummies of cattle are a super major cause of the whole problem. Boycott meat would be my own suggestion, but not even Al Gore has come out with that advice lest, perhaps, he’d be considered some kind of weirdo—like Bill Clinton who is already on a vegan diet.

Press notes tell us that the movie was filmed in the U.S., Tuvalu, Peru, England, Uganda, Kenya, Belgium, Denmark and Germany and includes interviews with scientists, industry experts, international political delegates and people impacted by the changing climate as well as deniers. 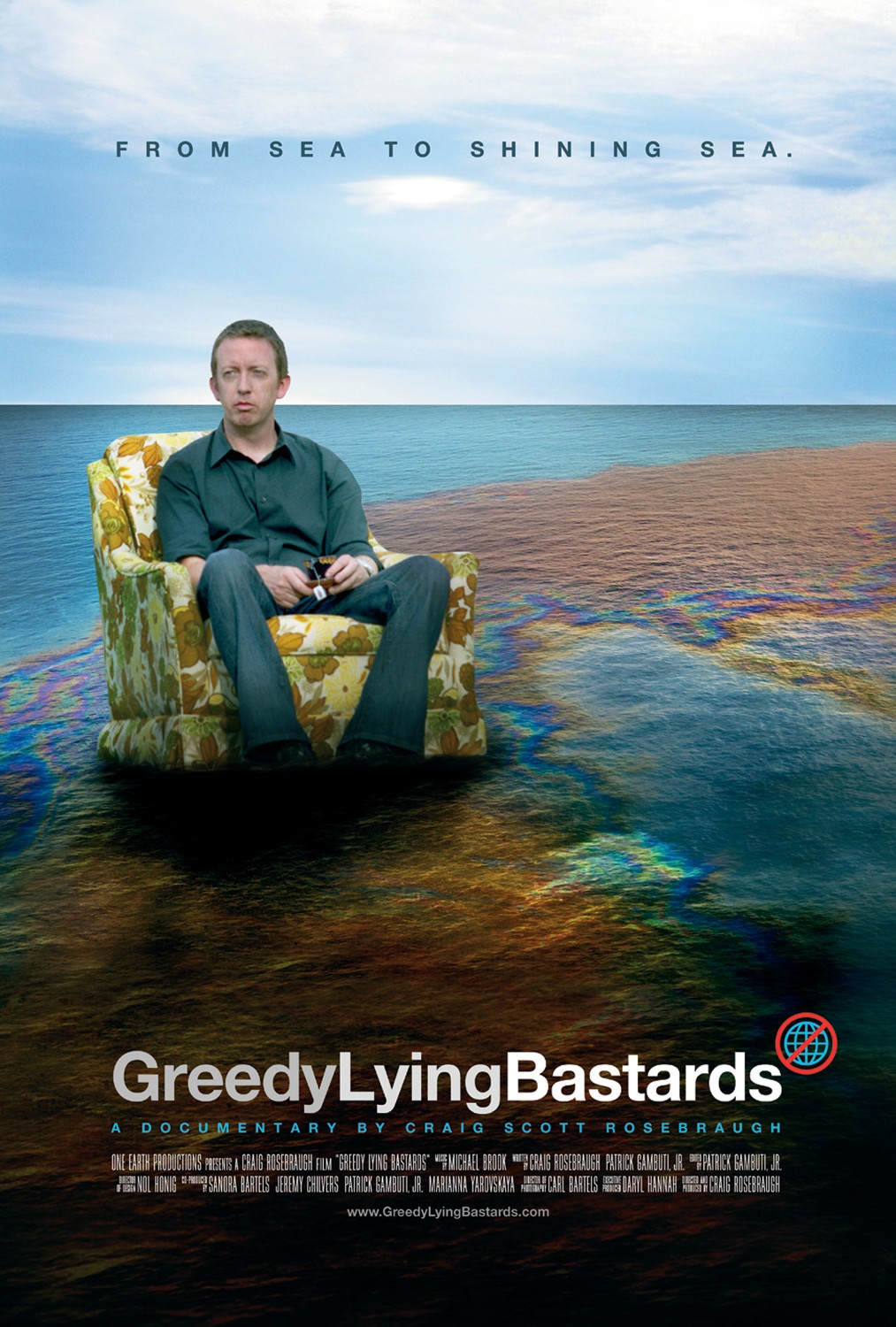