Title: NO PLACE ON EARTH

Some people ask for a respite from Holocaust movies on the grounds that everything said has already been told. One wonders whether these folks would say the same about crime movies, romances, family dysfunction comedies, operas, Shakespeare, etc. In fact, “No Place on Earth” does break new ground, literally in fact, focusing on an event which, if entered into competition in the Guinness Book of World Records would inform us that it depicts the longest underground survival rate in history, far longer than enjoyed when Saddam Hussein was holed up and captures in a matter of days or weeks. Janet Tobias’s History Channel film, interestingly enough, is not a doc and not a narrated drama, but a hybrid: some of each goes into the picture logging in just enough fiction to make the drama as interesting, albeit for me not riveting, as can be.

Christopher Nocola, a cave explorer or spelunker, anchors the movie , a man whose New York accent gives away his location and who made his most prominent find in 1993 when exploring caves in western Ukraine. He found graffiti, if you will, evidence that people had lived there for a while, and guessed that the occupants had been Jews who entered the caves to hide from the Nazis during the early 1940s. With Janet Tobias in tow as director and with the help of Paul Laikin’s scripting together with the director’s, “No Place on Earth” explores the lives of these remarkable people, all of whom survived among the merely five percent who emerged more or less intact after the Russian liberated the area.

Esther Shermer, whose memoirs form the basis of the film and who was a member of the Wexler and Stermer families, tells of how the families stayed alive until the Germans increased with nefarious activities in Ukraine. They lived in the darkness, chill, mud and humidity of the cave for an awesome 511 days, managing to survive on the dripping water and on the skill of the men who at night emerges to find food. Discovered by the police in 1943, some were shot while others found their way into a similar refuge. A well-fed American can scarcely imagine what these folks went through; not just their fear of being caught which must be caused even greater chills than the temperature but the filth that accumulated on their bodies, the smells, the sewage, and the boredom they must have experienced in darkness without books or movies or any particular way to ameliorate their fate.

When the finally emerged into the sunlight, they were blinded at first, perhaps experiencing the trauma of which Plato wrote in his allegory of the cave wherein the Greeks, who told their find to compatriots still living below, found the story not accepted by dwellers who believed the dark to be the reality.

In this hybrid, actors take on the roles of the survivors, shunting aside what should have been provided, namely more archival film. As typical in docs and even in a dramatized doc like this one, the interviews are overlong, so the audience could not be blamed for wondering who was who. The melancholy music, wall to wall (literally) did little other than to distract from the drama of the story. 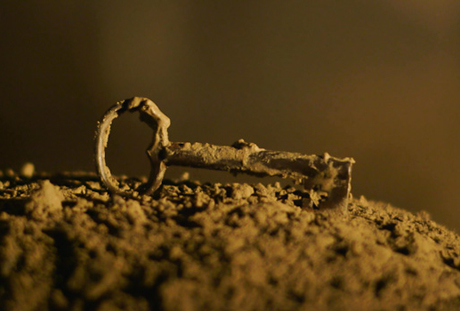