Another year, another Oscars in the books. While the surprises were kept to a minimum, the ones that happened were very deserving (i.e. – Christoph Waltz winning Best Supporting Actor for Django Unchained.) Overall, things went as they should, and we had our first tie at the Oscars since 1995.

But before we get to the show, I just want to take this time to thank everyone who followed along on our Twitter feed tonight as I live-tweeted the show. Was great to interact with all of you.

And without further ado, here’s a recap of the winners and the show;

No one’s really surprised Argo took home Best Picture, and while I still feel Django Unchained and Zero Dark Thirty would have been better selections, I’m happy Ben Affleck’s picture took it on home. Argo is his best work as director, and sure, the haters are coming out from everywhere now, but that has to do with the notoriety more than the faults of the film. Argo might be Hollywood, but it’s Hollywood done perfectly. Insiders say the WB knew since June they had this in the bag, so I imagine they are pretty happy in Burbank tonight.

Hats off to Ang Lee for nabbing his second Oscar with Life of Pi. I’ve often said I respect Lee’s work more than I like it, and Pi is one of his better films. Daniel Day-Lewis continues to bring class, and who better to hand him his third Oscar than Meryl Streep. While it’s easy to see why Jennifer Lawrence won, I can’t help but feel that Quvenzhané Wallis or Emmanuelle Riva were more deserving. Anne Hathaway finally got hers, but arguably the biggest upset was Christoph Waltz for Django Unchained, and also great to see Tarantino walk away with his second Best Original Screenplay award.

As for the show itself, well, Seth MacFarlane tried. Credit must be given to him for going for the edgy jokes a lot of the time, but only very few were noteworthy. I do wonder if he’d used his offensive jokes sparingly if they’d have had more of an impact. The musical numbers did seem excessive, especially when it was just a big lead in to “Suddenly” from Les Miserables. The Bond Tribute was nice, capping off with Dame Shirley Bassey performing “Goldfinger” in a lovely touch. Perhaps the best joke of the night goes to Robert Downey, Jr., remarking that “a billion dollars at the box office trumps getting nominated for Best Picture.” Well played.

Overall, the show wasn’t half as bad as the disaster of the 83rd Academy Awards, but it was just OK. I’m mostly happy with the winners (except for Brave over Wreck-It Ralph or Paranorman, travesty) and I thought MacFarlane at least was trying. At the end of the day, isn’t that really all one can ask? 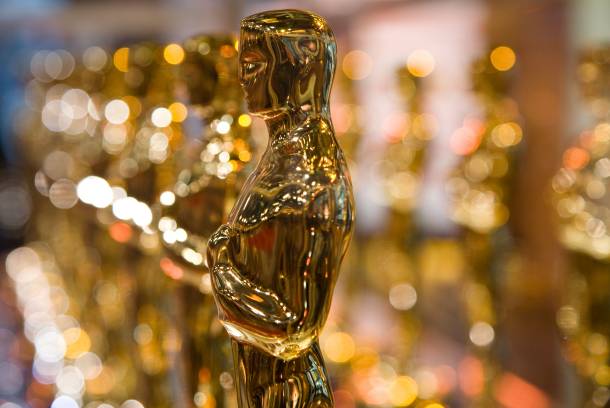