For better and worse, and particularly for those on the younger side of the boomer generation, New York City’s mayors have often stood astride national politics, even before the events of September 11, 2001. No one typifies that more than the recently deceased Ed Koch, who was a unique political brand — at once easygoing and tough — whose blunt, blustery appeal can be traced forward in time to a figure like current New Jersey governor Chris Christie. A divisive three-term Democratic mayor whose tenure spanned the 1970s and ’80s and whose post-political career would include gadfly commentary and a two-year stint as the judge on “The People’s Court,” Koch was to plenty a hero, and yet to others an opportunistic race-baiter. He was never boring, however, nor anyone but himself, qualities which are on abundant and inimitable display in the entertaining, thought-provoking and in some ways even elegiac portrait of Neil Barsky’s new documentary, “Koch.”

A self-described “liberal with sanity,” the Jewish Koch was a quick-on-his-feet populist — he garnered over 75 percent of the vote in his successful re-election bids, and was the first candidate to score Democratic and Republican party endorsements in the same election — who rounded into form after an unlikely and unruly 1977 primary to unseat incumbent Abe Beame. An ex-Congressman, his fierce advocacy for the city of New York and his ability to spin, spar (can one imagine today a politician telling a voter point-blank to shut up?) and frame informed conviction as truth and right would find welcome reception with voters and media alike. “As a politician you have got to get the public to follow you,” says Koch in one of the film’s interview segments, “and you can only do that by being bigger than life — it’s theatrics.”

That instinct drove various reforms — none bigger than his ambitious, multi-billion-dollar public housing program — but would also eventually make Koch the strong and very personal enemy of all sorts of groups who felt marginalized by both his decisions and decision-making processes. Koch’s closure of the Harlem-adjacent Sydenham Hospital, one of 17 municipal city hospitals, would strain and stain relations with African-Americans for years (along with other issues), and his aggressive leveraging of condemnations of 42nd Street properties — which would eventually pave the way for the commercial boom of Times Square — would have to beat back 47 separate lawsuits to stand, as well as grumbling from the far left about selling out the Big Apple to corporate interests. Koch’s third term would bring what some viewed as comeuppance — unprecedented scandal (much of it prosecuted by an eventual future mayor, Rudy Guliani) via a string of bid-rigging, phony contracts and bribes attached to various borough presidents and commissioners.

The gift of “Koch,” then, is that it embraces the clutter and volume of opinion about the man, without stooping to its nastiest extremes. Having the subject — who on February 1 passed away at age 88 — as a driving force of the film certainly helps; Koch is just a great interview, whether addressing the Sydenham controversy, the many rumors and smears about his sexuality (he never married, and was rumored to be a closeted homosexual, which rendered fraught his relationship with the gay community during the AIDS crisis) or any other manner of topic. Barsky takes the measure of the man, and if his portrait is undeniably rather favorable, it also honestly addresses outside criticisms of Koch’s governance, and mostly forthrightly puts this dissent to him.

In its third act, the movie lags a bit, focusing in dawdling fashion on legacy burnishing. Still, an attractive technical package, inclusive of classy, evocative cinematography by Tom Hurwitz and smartly chosen and juxtaposed archival news clips, boosts this engaging nonficti0n snapshot’s profile and appeal. “Koch” is a reminder that our best politicians aren’t timid creatures, but neither are we going to agree with them on every issue, so it’s important to remember that they shouldn’t be punished for that fact. 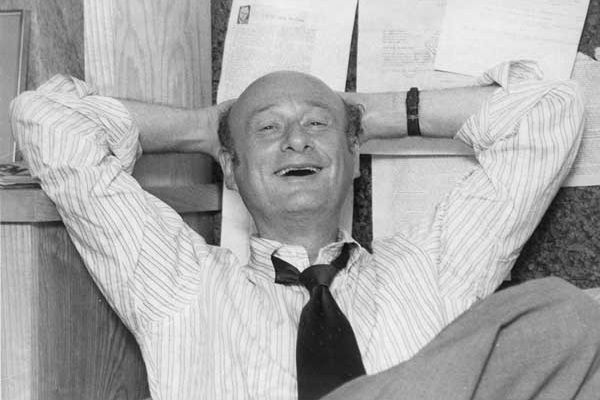