Sunday night was a night for sci-fi drama at the O Cinema in the Wynwood area of downtown Miami. Showing at the art-house theater was “Errors of the Human Body,” a dark science-fiction film by Eron Sheean. The film, starring Michael Eklund (“Alcatraz,” “The Call”), Karoline Herfurth, Tómas Lemarquis and Rik Mayall, left a lot of sitting in the theater for a couple of minutes after the film ended. There was a lot to take in. Warning, this review might not come to a great conclusion.

The story follows a genetic scientist named Geoff (Eklund), who has traveled to Europe to take part in a new research project spearheaded by both his former intern and fling, Rebekka (Herfurth) and the strange Jarek (Lemarquis). What does the research entail? A gene being called the “Easter” gene; a gene that will allow animal body parts to regenerate. If the gene can be activated in humans, it would be the discovery of the century. But, the story eventually devolves into a horrible scientific tragedy once Geoff contracts the virus being used for testing. The twist is that the virus–a disease that causes the body to create growths that obstruct breathing and causes the lungs to collapse–is the same virus that took hold of Geoff’s newborn son.

This is one of those films you just have to watch. It’s harder to describe than I realized and even then, it’s even harder to take in. Now, I’m not saying it’s a bad film–it’s a great film, a film that’s well-acted and gripping. But the film as a whole is one that really leaves you feeling…disturbed. Even more disturbing than the visuals of Eklund struggling with the tumorous disease is the ending, which is something I just can’t reveal to you. But trust me, it’ll leave you thinking.

So, is the film good or bad? I think that really depends on how you view the film. Being a science-fiction fan, I liked it, even though it was more on the dramatic side than the sci-fi films I usually like. The most I can say about this film is that it’s more like an experience than just a movie.

“Errors of the Human Body” will be available on VOD and in select theaters April 19. 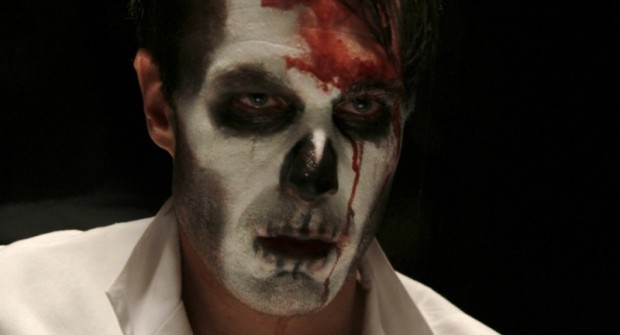