Lionsgate has re-launched their Tumblr blog entitled ‘Capital Couture’. The movie house has also revealed an exciting first look at ‘Hunger Games’ character Effie Trinket in ‘Catching Fire’. Played by actress Elizabeth Banks, the District 12 escort of Katniss and Peeta is seen sitting in a blue velvet chair with a hot pink up-do, showing fans what the character will look like in the second installment with a caption reading – “EFFIE: It’s a big, big, big day. The #EffieTrinketCapitolPortrait has arrived! Chins up. Smiles on. #LadiesFirst.” Hours later a look at an eccentric Stanley Tucci in his role as Ceasar Flickerman was also rolled out for fans to see.

The pictures are the 1st in a line-up of many that have been coined the “Capitol Portraits” series. Lionsgate plans to unveil the images leading up to the film that is due out in theaters on November 22, 2013. ‘Catching Fire’ is set to chronicle Katniss (Jennifer Lawrence) and Peeta’s (Josh Hutcherson) brief celebration of victory that is cut short as the Quarter Quell puts the pair back into the ‘Hunger Games’ for a second time. The movie is being directed by Francis Lawrence and will feature the return of Liam Hemsworth and Woody Harrelson. Get a better look at Banks and Tucci in their portraits below. 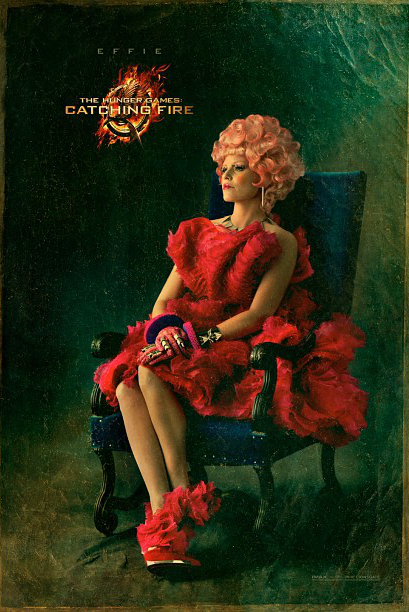 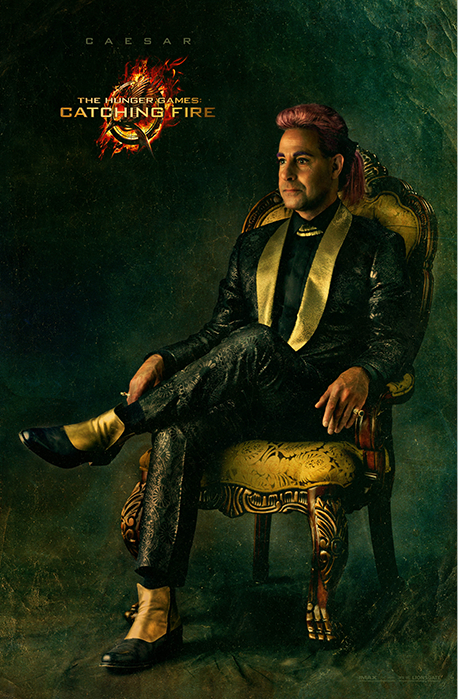