The theatrical component in rock music tends to be outshined by the need for a group to convey an edgy persona, which includes the wearing of flannels, leather coats, fedoras, rayban wayfarers and combat boots. A group individualizing themselves through their image rather than their music usually paves the way right to one-hit-wonder stardom. Alternative rock bands remain prevalent in the music industry not by their hipster vibe, but by their transcending sound. Unfortunately for you, upcoming rock outfits, The Airborne Toxic Event has both those areas covered, with their look and melodramatic tunes.

The Los Angeles band, which consists of Mikel Jollett (vocals, guitar, keyboards), Steven Chen (guitar, keyboards), Noah Harmon (bass, vocals), Daren Taylor (drums) and Anna Bulbrook (viola, keyboards, tambourine, vocals), made a striking debut with the release of their self-titled album in 2008 and once again, with their sophomore release, “All At Once”, in 2011. The dynamic instrumental arrangements tripled with lyrical depth and effortless vocal intonation create memorable albums that positively leave a listener unaware of what the sound of their next project will be. With the fleeting fashion of the music industry, unpredictability can be the savior of a band’s career and The Airborne Toxic Event continue to be reborn with each release.

The quintet will drop their EP, “The Secret”, on March 11th via The Island Def Jam Music Group. The forthcoming release features the single, “Timeless” and three other brand new songs from the upcoming full-length, “Such Hot Blood”. Continuing their domination of creating monster anthems, The Airborne Toxic Event solidly deliver on “The Storm”, “The Secret” and “Safe”. Precisely crafting both the instrumental flow and lyrical depth on “The Secret”, the group takes these four songs that can easily be slowed down to ballad format and instead infuses a dramatic undertone to them. As with their earlier work, The Airborne Toxic Event shut the doors leading to the easy way out.

For more information on “The Secret”, head on over to the band’s official site. 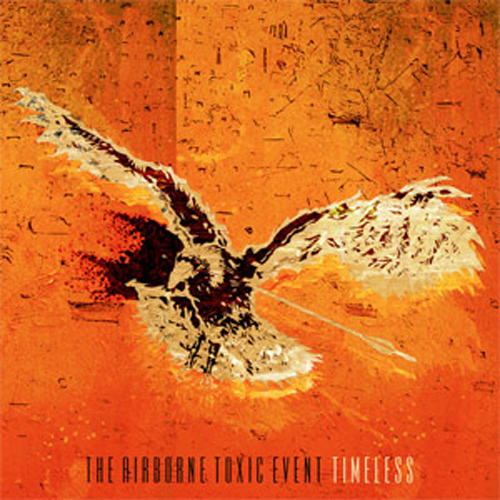