A documentary snapshot of American photographer Gregory Crewdson’s decade-long quest to create a series of haunting, exactingly arranged, melancholic portraits of small town life, director Ben Shapiro’s “Gregory Crewdson: Brief Encounters” is a nonfiction affirmation of the latent sorrow and loneliness attached to certain surface images, and in its own way a quiet celebration of that almost telepathic connection. An example of narrowcasting through and through — Shapiro punts on a variety of ways to expand the canvas of his storytelling — the movie achieves a certain hold for those inclined toward psycho-social rumination, but by and large fails to connect its subject’s work to society at large.

Crewdson, perhaps best known, if at all, as the guy responsible for the print ad campaigns for “Six Feet Under” as well as Yo La Tengo’s album art, is an artist with a vision every bit as meticulous as filmmaker David Fincher. His photographs are essentially vast moviescapes crystallized into a single frame — at their core otherworldly moments of arrested time in the lives of the disenfranchised or quietly desperate, with a barely submerged drama lurking just underneath the surface. This sort of attention to detail helps explain the costs involved, which can often rival an independent film production, as well as Crewdson’s inclination for involving himself in every department of his crew.

Almost all of Crewdson’s work is done in the same small Massachusetts town, including his “Beneath the Roses” series, which “Brief Encounters” captures. A friendly if not quite effusive guy, Crewdson talks some about the impact of seeing David Lynch’s “Blue Velvet” (which has a similar interest in suburbian decay), as well as the influence of Edward Hopper and Alfred Hitchcock too; though it evolves into something else, one of his photographs even takes “Psycho” as its leaping-off point. But these shared anecdotes have a certain surface quality. It would be interesting to hear more about Crewdson’s artistic inspirations, which seems to draw as well from Diane Arbus and Stanley Kubrick.

As the son of a psychoanalyst — he recalls laying on the ground as a kid with his ear to the floor of his father’s downstairs office, and that being a potent metaphor for his work now — Crewdson has a keen grasp of the myriad inner feelings and impulses that drive his photography, which can’t be said for all artists. He’s also open to discussing them (unlike, say, Lynch). But Shapiro seems to leave a lot of heavy or more probing questions unasked.

Similarly, while some of the small town residents who serve as the subjects in Crewdson’s pictures are interviewed, it would give “Brief Encounters” a nice sense of contrast to further spotlight their thoughts and impressions about his work. And for better or worse, Shapiro also doesn’t try to match Crewdson’s eye for detail in his telling; “Brief Encounters” unfolds in fairly straightforward fashion, mixing interview segments with its subject and various art world talking heads with footage of Crewdson working to achieve his desired effect. For those inherently interested in photography, and the relationship between images and human feeling, this more or less works. But, somewhat frustratingly, “Brief Encounters” also presents viewers with all sorts of unexplored side avenues.

NOTE: The exclusive Los Angeles engagement of “Gregory Crewdson: Brief Encounters” takes place at the Laemmle Music Hall, in Beverly Hills. For more information on the movie, visit its website at www.GregoryCrewdsonMovie.com. 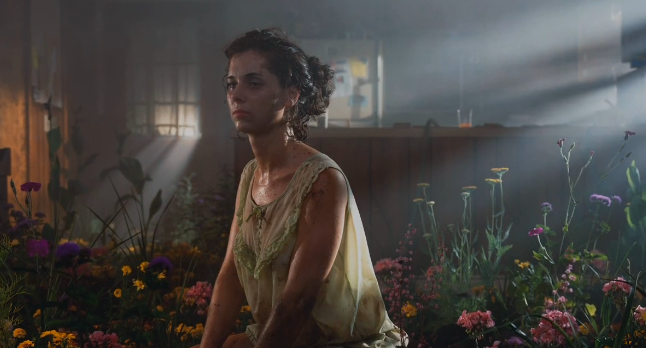