Title: Mea Maxima Culpa: Silence in the House of God

A lot of movies wash over you, and that’s OK, even — many are almost designed to. Others, however, cast a pall over your day, and stick to your bones. Alex Gibney’s “Mea Maxima Culpa: Silence in the House of God” is an example of the latter. A gut-punch nonfiction look at the Catholic Church child sex abuse scandal as filtered through the experiential prism of a group of victims from a single Midwestern school for the deaf, and their long quest for justice, the Oscar-winning Gibney’s documentary takes what seems by now to be an almost depressingly proforma tale of outrage and humiliation and connects the dots to a much larger and systemic international cover-up by the Vatican.

One case of child sexual abuse is certainly a tragedy, but the stories at the core of “Mea Maxima Culpa” are beyond the pale. By investigating the crimes of a charismatic Milwaukee priest, Father Lawrence Murphy, who beginning in the 1950s and over the course of more than two decades abused 200-plus young boys in a school under his control, Gibney’s film shows the face of evil that lurks behind the denials and tight smiles of authority figures and institutions who believe that, since they stand for “good,” they can do no wrong. And I mean that quite literally — “Mea Maxima Culpa” lays bare the concept of “noble cause corruption,” a belief that good intentions nullify or even purify bad behavior. By Murphy’s twisted logic, that meant he was helping the boys by alleviating their natural sexual curiosity.

Gibney’s approach is straightforward and clinical — almost unnervingly so. He first lets the specific victims of Murphy tell their stories. They’re given voices by actors Jamey Sheridan, Chris Cooper, Ethan Hawke and John Slattery — each of whom imbue the translated memories with proper emotion, searing but coiled. Murphy’s crimes even included an organized system of abuse, wherein older boys would recruit and “break in” younger students at the boarding school.

Where “Mea Maxima Culpa” really digs its hooks into one’s psyche, however, is in tracking reports of this (and other) abuse up the chain of the Catholic Church’s command. Never once reporting allegations to any civil authority, the dithering Church would assign offending priests to weekend-retreat therapy, pay out hush money to settle cases (in 1995 the Vatican had line-item budget of $7 million for this) and even briefly explore the idea of purchasing a special island off the coast of Grenada to house their swelling collection of pedophile priests — all before finally clinging to canon law that is tantamount to an engrained and sanctioned game of moral kick-the-can. It’s despicable, darkly revelatory, and a call to action that we demand more accountability from our religious institutions. 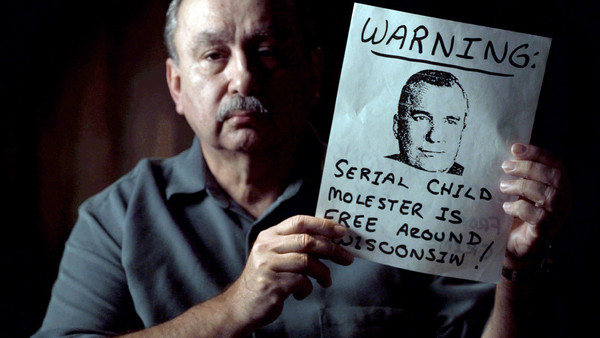