Richard Kuklinski was a contract killer that went 20 odd years before finally being arrested. What’s amazing by this fact was that he was both married and with kids, who obviously had no knowledge of his alter-ego. Furthermore, what is quite honestly the most surprising part of his story is that he was simply capable of living two completely different lifestyles. Somehow he was able to be a remorseless killer while simultaneously building a life as a loving father who put his two girls into a private Catholic school. Director Ariel Vromen’s The Iceman attempts to explore his origins and try and uncover what made Richard Kuklinski tick. The material may be full of possibilities, but Vromen’s storytelling is generic and his sense of composition and photography are reminiscent to that of a comic book. However his casting choice for Kuklinski couldn’t have been more on the spot. Michael Shannon was wisely cast and yet again, he brings his unhinged acting to the screen in a bipolar performance that juggles suburban dad with sociopathic killer.

Richard Kuklinski was a deeply troubled individual who processed pornographic film for a living. His wife, Deborah (played by Winona Ryder), was also unaware of this fact, as he always told her that he worked processed cartoons geared towards children for a living. He obviously did not make a lot of money, since his wife would subtly hint at how she wished she owned a house out in the suburbs of New Jersey. Unbeknownst to him, his current customers are associated with the mob, and through some mix-up due to poor scheduling Kuklinski is thrust into a life of crime. Obviously things are not quite well in Richard’s head, as Michael Shannon’s desensitized, blank expression only changes when he’s around his family. Even though Shannon is a talented actor, Vromen rarely gives him moments to himself. He is only given a private moment in the very end, when he’s confessing openly to an interviewer while in his cell. It’s easily the moment moving, unnerving scene in the entire film.

There are many, many films that deal with the psychological state of a sociopath or a serial-killer, but this has to be the most mundane, uninvolved one that I’ve seen. Ariel Vromen’s direction is so incredibly trite that his only saving grace is Michael Shannon’s performance, who isn’t really given the time and scenes that he needs to truly put us into the mind of Richard Kuklinski. By contrast, one recent film that comes to mind that takes a dynamically surreal vision of the killer is The Killer Inside Me by Michael Winterbottom. Winterbottom’s direction is so unique and phenomenally precise that being planted into Lou Ford’s mind is as frightening as it should be. Precision is something that Ariel Vromen struggles with, and his script is also indicative of that. All of the suspense is sucked out of the film because Vromen doesn’t really understand Richard’s sociopathic mind. All of the key moments that truly dive into the heart of the film are overlooked and glossed over.

Winona Ryder does everything she possibly can to truly involve herself in the narrative, but her performance almost seems cut short by being practically non-existent. Vromen expresses his apathetic feelings towards her by giving her nothing to work with. Ryder unfortunately plays a one-note performance that rarely shows itself being anything other than an oblivious housewife (she might as well just have been renamed that). Shannon and Ryder never seem to mesh together, in spite of their ample screen time with one another. Their relationship seems vague and cold. This problem is persistent all throughout the film. The screenplay even portrays this feeling of apathy, and while it may follow the events closely, screenwriters Morgan Land and Ariel Vromen could have taken a few more liberties with the material, or at the very least given each event some breathing room.The Iceman jumps from one time period to another, and the result is a jumbled mix of dates and time lapses that all seem to blur together in a hazy chronicling of Kuklinski’s life. Put simply, The Iceman is an unrewarding, forgettable experience that is indicative of an apathetic director. 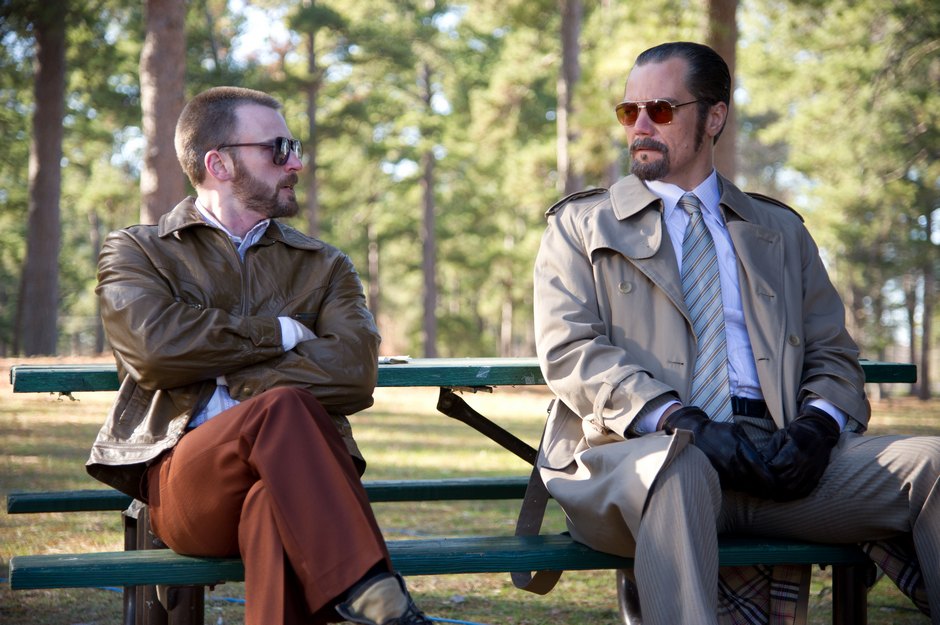