The horror anthology is a beautiful thing – a bloody, twisted, haunting, and/or ghastly beautiful thing. It’s nothing new, per se, but since the success of “V/H/S,” it’s easy to see the format is on the rise and, fortunately for genre fans, it means more of that thrilling mixture of curiosity, dread and excitement that comes along with one segment of a movie coming to an end, only to realize another completely fresh dose of sheer terror awaits you.

It all begins with the Simon Barrett wraparound before, in true “V/H/S” form, the film moves into Adam Wingard’s “Clinical Trials” courtesy of an unsuspecting character popping in a forbidden VHS tape. After an artificial eye fills your own with paranormal entities, it’s on to Eduardo Sanchez and Gregg Hale’s “A Ride in the Park,” shedding new light on the zombie apocalypse. You’ll never feel the need to investigate a doomsday cult courtesy of Timo Tjahjanto and Gareth Evans’ third installment, “Safe Haven,” and then Jason Eisener will prove there’s no safety-in-numbers when aliens invade your sleepover party.

After sitting through the buffet of brutality that is “V/H/S 2,” no one in their right might should want to sit down with Barrett, Wingard, Eisener, Sanchez and Hale, but as someone with an insatiable hunger for terrifying, inventive scares, I’ll happily take my chances with a distorted bionic eye, a bike ride through a forest full of zombies, a demonic ideology, a too-close encounter, and an interview with the sick and brilliant minds that bring it all to life. 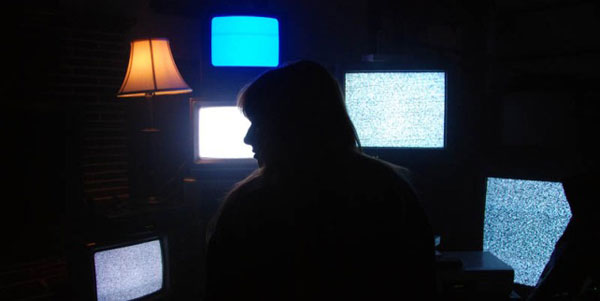