The United States of America is celebrated as the land of the free, and heralded as a place of great opportunity for entrepreneurs. While true, there’s also a dark grey lining to the silver optimism of that sunny-faced reading, because for almost every societal innovation that helps change and better the way we live, there’s some tale of an enterprising inventor getting screwed out of credit or otherwise left twisting in the wind due to corporate ruthlessness. The engaging documentary “Genius on Hold” details one such story, and if its attempts to weld a larger allegorical framework extending both backwards and forward in time onto a more structured familial narrative come across as rather hamfisted overreach, there’s still enough of interest here to generally satisfy alt-history buffs.

At the heart of director Gregory Marquette’s film is Walter Shaw — a father of two and brilliant inventor with a list of more than three dozen telecommunications patents to his name, including call forwarding, speakerphone and voice recognition. Shaw started as a wire man for AT&T after World War II, before shifting over to Bell Labs, where his proclivity and talent for calculus and engineering was able to blossom. A series of well received inventions gave Shaw the stamp of a company man, but he had bigger dreams — dreams that eventually put him on the outside of Bell’s monopoly, looking in. Desperate to provide for his family, Shaw would, improbably, be recruited into the only organization that would reward him for his talents — the mob, whose bookies made use of Shaw’s “black box” invention to evade federal wiretap eavesdropping and run their gambling operations.

With music by Daniel Coe and Jack Douglas, and a solid production package buoyed by well utilized archival footage and old family photographs, “Genius on Hold” is a nicely polished movie. After an unnecessary opening preamble that attempts to graft historical import upon the Shaws’ story, and an extra bit of American history which slogs through monopoly law with half-sketched allusions to the Kingsbury Commitment and the 1921 Willis Graham Act, the film finally hits its stride when it more fully invests in and embraces the Shaw family narrative, conveying the importance of its subject’s work without, by and large, really getting mired in specific how-to minutiae.

What Marquette has in a naturally interesting family tale, though, he nearly fumbles away. In addition to the awkward integration of law enforcement officials who would later figure into cases tangentially related to Walter Shaw, there’s the seemingly pointless (except by way of metaphorical comparison) inclusion of Greg Ottensmeyer, another entrepreneur who would, much later, have battles with Ma Bell. These bits pick at the strongest connective fibers of “Genius on Hold,” which are rooted in the struggles of Shaw and the impact of his waxing and waning professional fortunes on his family and two children — and especially son Thiel. To delve into the full effect (Shaw passed away years ago, but both kids are interviewees here) is to rob the film of some of its sad surprise and emotional punch, but this arc, which comprises about two-thirds of the movie, underscores that the winners and losers of some battles of capitalism aren’t always confined to a single generation. 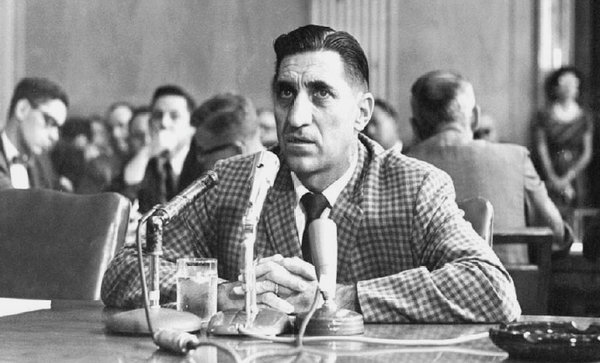