With a name like “Big Ass Spider,” all you can really ask is that the filmmakers make due on the title, and Mike Mendez gives you that big ass spider and then some.

Greg Grunberg leads as Alex, your friendly neighborhood exterminator. After suffering a nasty spider bite, Alex takes a quick trip to the hospital for a routine shot to clear up the problem, but, just before he can get on his way, his nurse volunteers his services to clear up the hospital’s own spider problem. However, little does Alex know, the bug wreaking havoc down in the morgue isn’t an ordinary spider; it’s one with a taste for human blood that grows exponentially with each life it consumes.

“Big Ass Spider” involves some pretty silly stuff, but begins far more earnestly than one might expect. After an exceptionally mesmerizing opening shot of Alex slowly walking through the spider’s destruction, we cut back to the beginning of his day, a typical house call. The sequence has some quirks, particularly Mrs. Jefferson’s (Lin Shaye) eccentric behavior, but Grunberg also goes on to solidify Alex as a nice, normal and highly likeable guy. From that point on, even though the movie involves outlandish violence caused by a ridiculously large spider with ludicrous origins, Alex keeps the adventure grounded enough to make it more than just one big joke.

Beyond our main men there’s really only the government agents tasked with keeping all this spider business under wraps, and each and every one of them is wooden to excess. Head honcho Major Braxton Tanner (Ray Wise) is spitting out unfunny general talk left and right while his scientific consultant lurks behind, incessantly stating the obvious, most frequently announcing that the spider is growing. Clare Kramer’s Carly fares a little better, jumping back and forth between rigid army caricature and real person courtesy of a budding romance with Alex.

On the visual front, “Big Ass Spider” looks pretty good. The spider most certainly doesn’t represent what such a creature might look like in a mega-budget studio project, but this campier version is appropriate for the film’s tone. There are only a handful of instances when the VFX work falls into noticeably subpar territory, but at that point, “Big Ass Spider” is enjoyable enough to brush it off for the sake of keeping the fun going. The only time technical issues actually take you out of the movie is when we get a string of poorly colored visuals in the middle of a major action set piece.

But even then, the excuse that this movie is called “Big Ass Spider” wins again. Going into the film, you’re bound to expect a certain degree of quality, but when Mendez far exceeds that with an exceptionally tight first act, he wins you over just enough to earn some leeway when it comes to selling the more challenging visuals and narrative details, making “Big Ass Spider” as a whole, exactly what you’d want plus a little more. 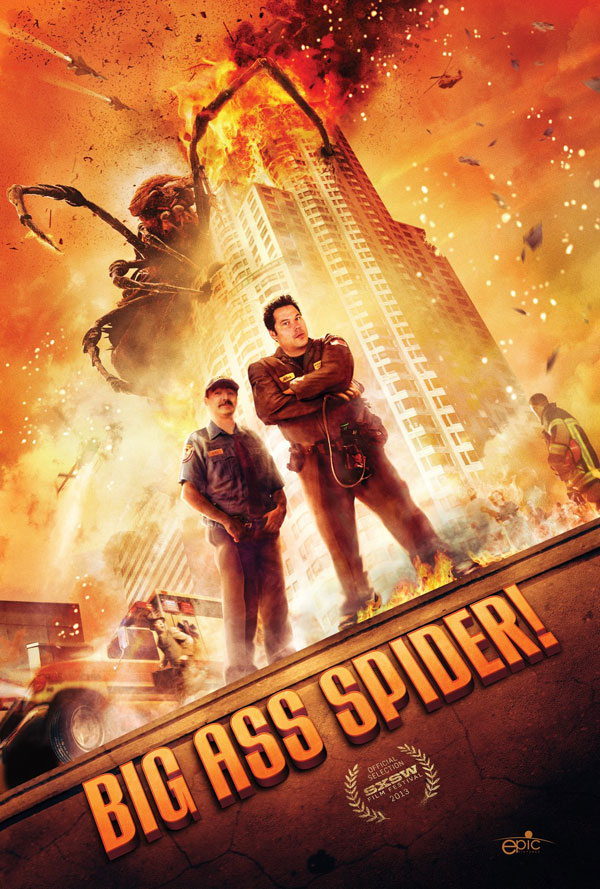